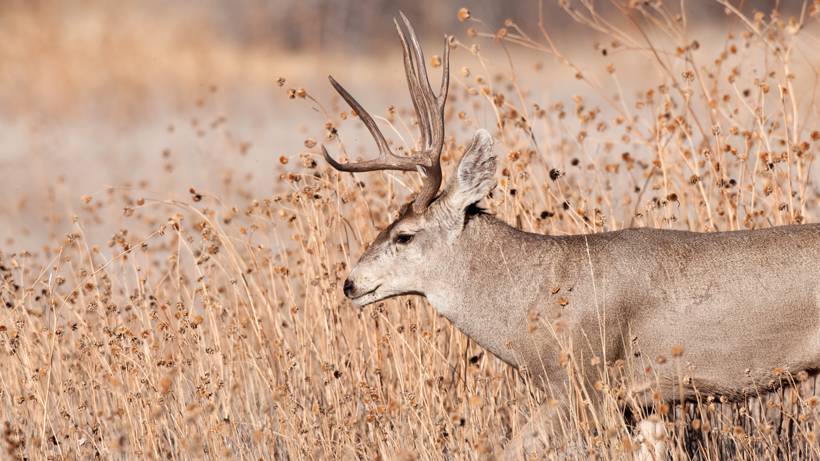 Wyoming released a new chronic wasting disease (CWD) management plan earlier this week. The 150-page plan, which was the result of a 30-person committee comprised of outfitters, hunters, conservation groups, ranchers, lawmakers and biologists, is currently available HERE. While complex, the final report offers some “direction and guidance” on how to move forward with managing CWD within the state, the Associated Press reports.

In Wyoming, CWD has been found in 84% of the state’s mule deer herd.

And the state is taking that statistic very seriously. Last week, Wyoming Game and Fish Department (WGFD) Director Brian Nesvik testified before the U.S. Senate Committee on Environment and Public Works in support of an effort to create a U.S. Fish and Wildlife Service CWD Taskforce. His testimony included an overview of CWD management in the state and how it has impacted wildlife populations.

“This is a national problem that requires the collective thought, wisdom and experience of members of the government, academics, non-governmental organizations and elected leaders,” said Nesvik during his testimony. “Since we discovered CWD in our state 40 years ago, we have looked at all options to find solutions to slow its spread and seek answers to tough questions. We have engaged in our own vaccine research in the past and worked with regional and national experts to share ideas and identify potential management options.”

The newly-released plan includes some controversial suggestions that the majority of committee members supported, including “potentially thinning select mule deer herds or populations in specific areas to prevent the disease from spreading,” “lowering buck numbers because males carry the disease at a higher rate,” and asking municipalities “to create artificial feeding bans to prevent mule deer from unnaturally congregating,” according to the Associated Press.

“The decision to do nothing is a decision. It has a major cost. If we do nothing we will continue to watch this disease spread and watch herds increase in CWD prevalence,” said Kristen Gunther, a conservation advocate for the Wyoming Outdoor Council and co-chair of the working group. “It’s important to look at the choice to do nothing as a choice and one that will have severe management implications on our herds.”

And, while scientists don’t understand why exactly, it appears that bucks tend to be more prone to CWD than the rest of the herd. According to the Associated Press, some Wyoming herds have a CWD rate in bucks at 40% or higher, particularly bucks within the Riverton herd that have a CWD rate over 50%.

“Not only are we documenting the disease in new areas and out of the state but there are areas outside of the core area where we’re seeing high prevalence,” said Justin Binfet, WGFD’s Casper wildlife coordinator. “It’s not good news for the future of our deer herds, especially mule deer.”

But all of these suggestions may be hard for the public to swallow, which committee members have acknowledged.

“We need public buy in and support to manage for the disease and apply best management practices, but you also have to communicate with the public,” Gunther said.

Right now, the plan is open to the public for comments. The 30-person working group will meet again in February to discuss any potential changes to the plan before submitting the final version to the Game and Fish Commission this spring.

“We’re at a point where people are interested and want something done,” said Gunther. “And that is reflected in the consensus and recommendations from the group.”