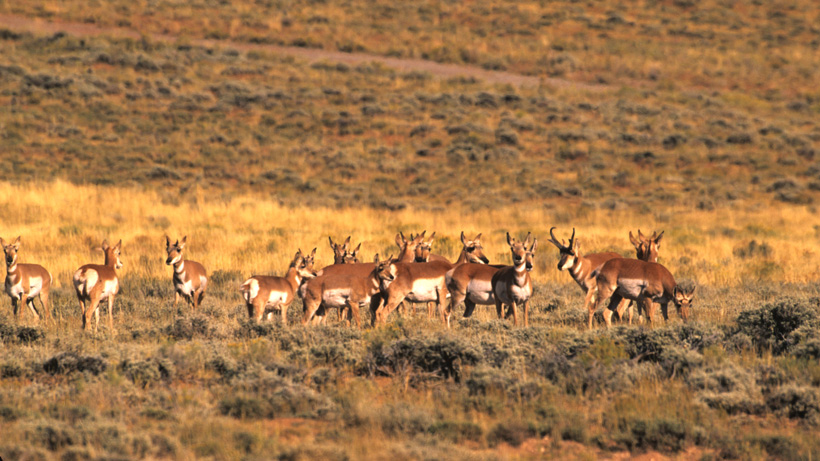 “We can’t properly conserve a species when we don’t have important information like range, wintering grounds, and key corridors,” said Zinke. “To solve this, we asked 11 western states to provide their number one research priority for identifying migration corridors, and for Wyoming that was tracking these specific herds of pronghorn and mule deer.”

Wyoming Game and Fish Department (WGFD) officials plan to use the money for studies geared toward identifying key antelope and mule deer migration patterns and, once those are identified, work with federal and state officials “to conserve the most important corridors,” according to LocalNews8.com. In addition to the $300,000 grant, the U.S. Fish and Wildlife Service has given WGFD $175,000 to use for collaring 40 to 50 antelope with GPS tracking collars. The collars will track movements for “up to three years” and focus primarily on the Carter Mountain herd’s intricate migration, which “crosses a number of state highways, fences, and other barriers” during the 40-mile-long route.

“Wyoming is home to more pronghorn than the rest of the world combined, but their numbers have been in decline over the last decade,” said Scott Talbott, WGFD Director. “The long-term health of our pronghorn herds depend on protecting migrations and other key habitats.”

An additional $125,000 will be used to study mule deer in the Powder River and Pumpkin Buttes herds. WGFD plan to outfit 25 to 30 deer with GPS collars and track their progress along Interstate 90.