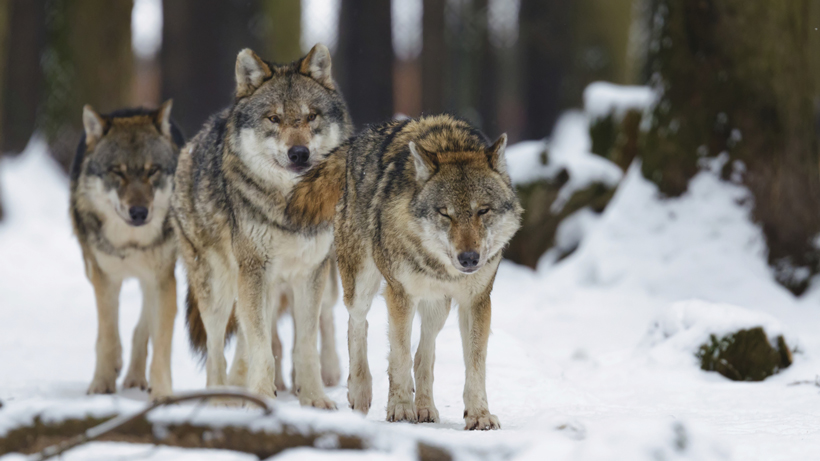 Wyoming wolf hunters, get ready: Wyoming Game and Fish Department (WGFD) officials announced its 2018 wolf season quota and it’s the highest one yet. The proposal, which was released last week, proposes an increase in Wyoming’s managed hunt area to 58 animals – up from last year’s quota of 44. The goal? Decreasing the wolf population to 160 where “Wyoming imposes limits on hunting,” the Jackson Hole News & Guide reports.

“Nothing has really changed, it’s just that over time the number of wolves has changed,” WGFD wolf biologist Ken Mills told the Jackson Hole News & Guide. “There’s more wolves out there and they’re demonstrating themselves to be more resilient to human-caused mortality.”

Wyoming wolf populations are thriving. The latest estimation is roughly 347 wolves. While down from 2017’s estimation of 380, the number is still strong and WGFD says that “the wolf population level continues to be healthy and exceeds all criteria established to show that the species is recovered,” according to the New Haven Register.

For 2018, there are also proposed changes to the state’s wolf hunt boundaries, including regions near Dubois and the Cody Front. Additionally, according to the Jackson Hole News & Guide, two Gros Ventre River areas are being combined and will include a section that was previously in the Upper Green River. A “flexibility” will also allow “hunters kill two wolves instead of one,” says Mills.

“In Montana and Idaho, where you can have up to five tags for hunting and five tags for trapping, very few people kill more than one wolf a year,” says Mills. “It’s a slight liberalization, but it’s not going to threaten the population because we limit mortality through numerical limits in each area.”

Public comments on the proposal will be accepted until June 4.