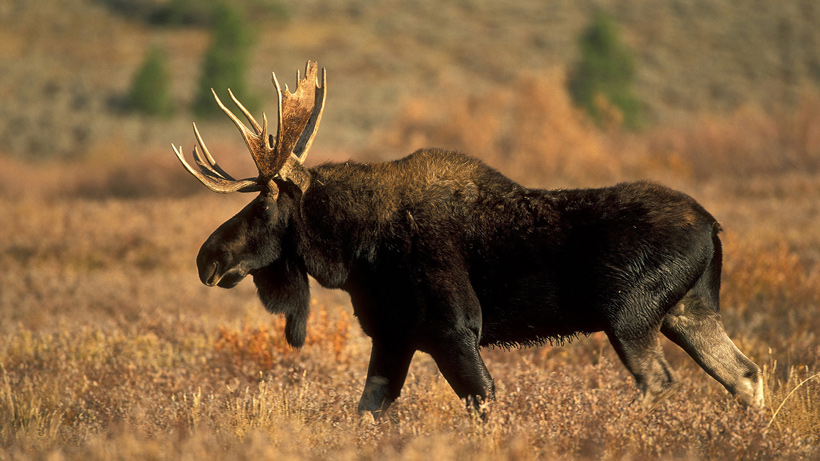 It’s not everyday explosives are used to detonate an animal carcass. However, last week, after investigating a moose carcass found in the Bridger-Teton National Forest along the Cache Creek trailhead—a popular hiking area—that’s exactly what Bridger-Teton officials did following a thorough investigation by Wyoming Department of Fish and Game (WDFG).

According to the Jackson Hole News & Guide, after a hiker reported the moose to WDFG, Game Warden Kyle Lash found the animal “near the mouth of Woods Canyon” in the Gros Ventre Wilderness Area. He removed the head of the animal after determining that it appeared to be “in good shape.” However, once Ben Wise, WGFD’s brucellosis/feedground/habitat biologist, examined the head, he discovered a massive amount of carotid artery worms – a parasite that can cause blindness. During the autopsy, Wise also found that the moose had black lungs, which was probably due to pneumonia; however, the worms most likely caused the moose’s death.

“We pulled a golf-ball-size amount of worms out of one side of [the artery] and it was about the same on the others side,” said Lash, who added that “there was nothing to indicate the animal had been poached.”

On Friday, in an effort to limit the carnivore-human interaction that could result from a moose carcass found in the wilderness, Bridger-Teton officials blew it up using 100 lbs of explosives. This way, the body becomes smaller and scattered, hopefully, “reducing the odds that large carnivores would linger in an area frequented by people,” the Jackson Hole News & Guide reports.

“There’s nothing left,” said Lash. “It’s kind of a slick way to get rid of a carcass.”

A sign is currently posted, warning hunters and hikers of what they may stumble upon should they head in that direction.