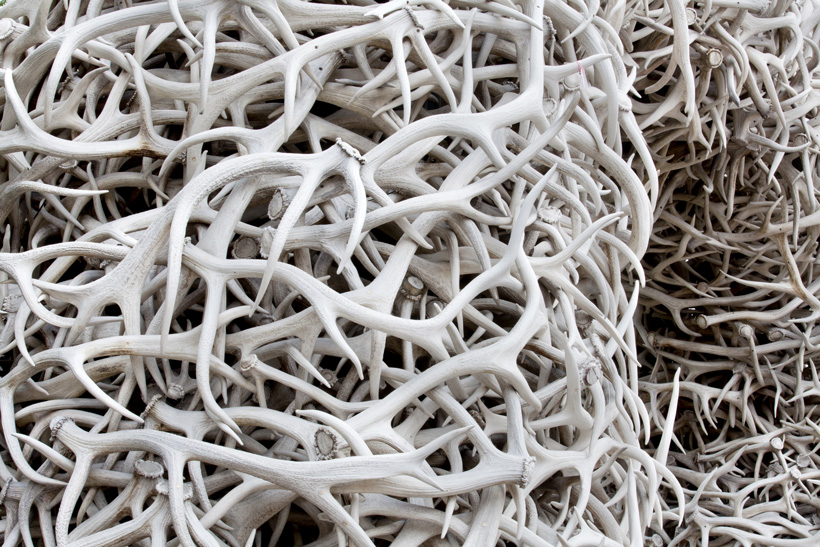 Many hunters and non-hunters look forward to shed hunting every year, anticipating a lucky find or two among the hundreds of elk and deer antlers left behind, but this year several people tried to gain an advantage by shed hunting before the May 1 season opener. Yet, instead of collecting sheds, they collected citations.

Wyoming Game and Fish Department officials were able to nab antler poachers in a variety of areas, including Jackson, Pinedale and Big Piney, where six citations were issued for a total of $2,100 in fines. One poacher even lost his hunting privileges for two years.

One case a poacher was using a vehicle in a closed area, and had hidden a large pile of mule deer sheds under blankets. “They had concealed the antlers and then initially denied having antlers in their possession,” Kraft said. “It was pretty obvious what was going on.” This poacher lost his hunting rights for two years in 43 total states.

Thanks to some anonymous tipsters, two additional citations were written in Grand Teton National Park, where antler gathering is always illegal.

“The moral of the story is that both of these cases were made because of a tip from passers-by or concerned citizens,” says Jackie Skaggs, Grand Teton National Park spokeswoman. “That’s something that would-be poachers should keep in mind: There are people who care about the protection of park resources or illegal hunting of antlers.”

Shed hunting season opens May 1 so that the animals have time to relocate before their habitat can be disturbed by shed hunters. According to the Jackson Hole News and Guide, Wyoming law prohibits the collection of shed antlers and horns January 1 through April 30 on public lands west of the Continental Divide. The only exception to this law is within the Great Divide Basin. Those decided to forego patience in favor of poaching are now obviously regretting their decision.