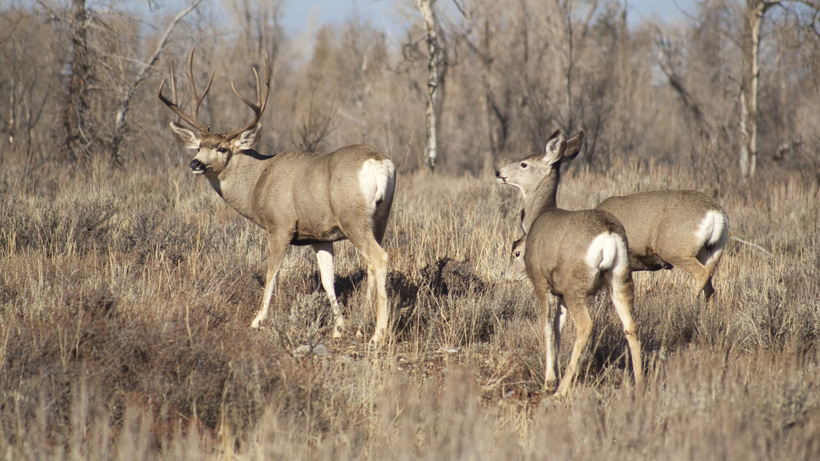 Wyoming recently received additional funds that will go towards helping mule deer habitat and researching chronic wasting disease (CWD).  The funding is part of a five-year initiative totaling nearly $2.5 million. Recently, the final installment of $560,000 was approved by the Wyoming Game and Fish Commission and will be used “to support the Statewide Mule Deer Initiative,” Wyoming Public Radio reports.

“Mule deer have seen a decline in total numbers throughout the West, certainly Wyoming’s no exception. And so the commission wanted to take a proactive approach and stance on mule deer management and so the Mule Deer Initiative was formed out of that proactive approach to doing something meaningful for mule deer in Wyoming,” said Wyoming Department of Game and Fish terrestrial biologist Ian Tator.

While most of the funding has been funneled toward habitat improvements that include “fighting cheatgrass spread to support native plant productivity and reducing the encroachment of conifers into aspen stands” – efforts that give mule deer “coverage and forage” – other projects also received funding. These include researching CWD, patterning mule deer and fixing fencing in wildlife corridors, according to Wyoming Public Radio.

While some projects were already underway, others will be this summer. Further, the commission has acknowledged the possibility of continuing funding for another five years.