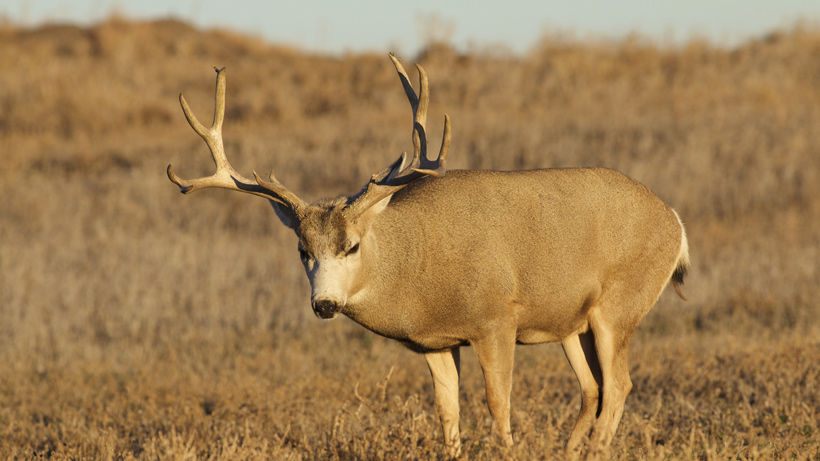 The 2016-2017 winter was a hard one for wildlife, particularly mule deer herds in Wyoming. Record snowfall and consecutive days of negative temperatures (some reaching as low as -50℉) worried sportsmen and wildlife biologists concerned with how many animals would be negatively impacted and suffer winterkill. In fact, as goHUNT previously reported, in 2017, Wyoming received its highest amount of precipitation from November to February in 122 years! Now, nearly a year later, wildlife managers are noticing that while the mule deer herd numbers may be smaller, the animals seem to be healthier, suggesting that “bigger herds are not always better,” the Casper Star Tribune reports.

With the surviving deer apparently thriving, the question becomes whether the state should manage for fewer deer and whether it’s up to hunters to keep populations in check or Mother Nature?

“It’s part of the discussion of what do we want and what is best for the population?” Kevin Monteith, assistant professor at the Haub School of Environment and Natural Resources at the University of Wyoming, told the Casper Star Tribune. “Do we want to pack as many animals in there as we can or do we want a robust population that is also providing opportunity for harvest and outdoor recreation and those sorts of things, too?”

Monteith and his partners (like the Wyoming Cooperative Fish and Wildlife Unit, Wyoming Game and Fish Department (WGFD) and the Bureau of Land Management) have been studying fawn survival in mule deer within the Wyoming Range since 2015. The initial study involved collaring pregnant females and monitoring their births through vaginal implant transmitters, collaring fawns soon after birth to keep tabs on their survival rate. Once the 2016-2017 winter hit, they realized that they “had the opportunity to accurately measure the exact impact of a harsh winter on a population,” according to the Casper Star Tribune.

And, while Monteith and his graduate student, Tayler LaSharr, say that they weren’t surprised that the herd improved this year; they were surprised by how significant that improvement was.

“Bottom line is that more is not always better,” Doug McWhirter, Jackson WGFD wildlife coordinator, told the Casper Star Tribune. “Even when you’re talking hunting opportunities, because if the population is at an appropriate size it can be more productive and produce more animals per hunter than if the population were larger and less productive.”

Monteith adds that even if hunters weren’t able to keep mule deer numbers in check, it’s likely that nature will make a play to do so – maybe not in another bad winter, but by bringing drought or disease.

“The animals that can live through winters like 2016-2017 are the kind of deer we want in this herd unit,” says McWhirter. “They are big, robust, tough deer that will ensure the perpetuation of that population.”