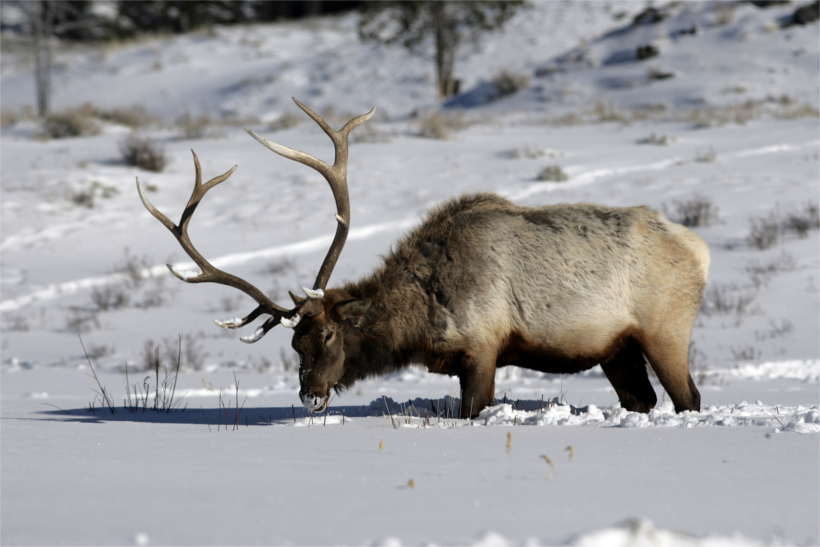 Chronic Wasting Disease (CWD), an always fatal neurological disease, is on the rise across Wyoming, impacting elk, deer and moose across the state. With efforts already underway to create a vaccine for the deadly disease, Wyoming Game and Fish Department (WGFD) officials are also looking at new ways to stop the spread of CWD and manage areas already infected.

On Monday, a plan was announced to hopefully prevent CWD’s extension into the western part of the state. According to the Casper Star Tribune, the new plan includes the possibility of “limiting feeding at elk feedgrounds in western Wyoming,” so that portions of these herds that utilize these feeding areas are not infected. Yet, this is only speculative because feeding during hard winter months varies year to year.

“Every year will be different depending on winter conditions,” says Scott Edberg, deputy chief of the WGFD’s Wildlife Division. “This whole plan is based on a dynamic process, and we will do it as best we can to mitigate damage and commingling.”

Approximately three to five cases are reported annually in new hunt areas, illustrating how quickly the disease is spreading. Diligent monitoring, testing, and reporting of CWD to WGFD officials are all ways to help keep the disease under control within the state. And while a vaccine could help with the disease, researchers are still working on developing one that works. According to Dr. Mary Wood, Wyoming’s wildlife veterinarian, “early results were not promising.”

The draft plan will be discussed by the Wyoming Game and Fish Commission during its Jan. 28 and 29 meeting in Cheyenne.