Wyoming mountain goats on the rise as bighorn sheep decline 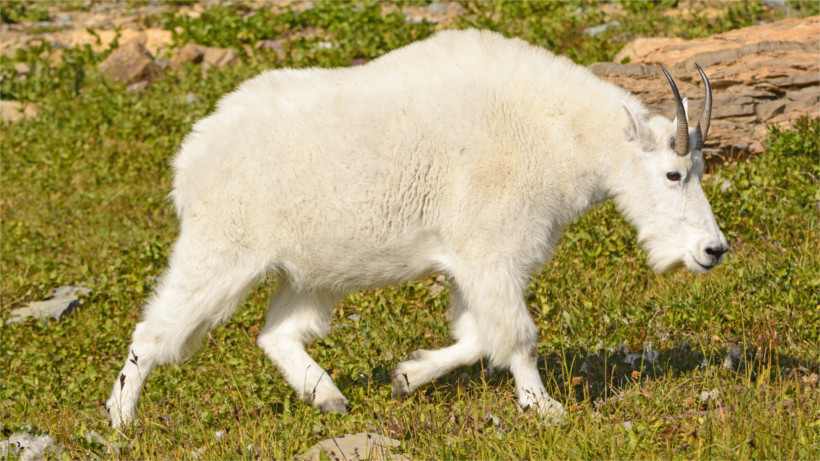 High above the Teton Range, Wyoming Game and Fish Department (WGFD) biologist Aly Courtemanch counts bighorn sheep each year in an effort to determine how stable the herds are. Courtemanch has conducted Wyoming’s annual sheep count from a helicopter for the past three years. While biologists believed that bighorn sheep herds were sustainable, tallies over the past three years show that isn’t true. In fact, it appears that while bighorn sheep are declining, mountain goats – a non-native game species introduced decades ago – are thriving, which has WGFD biologists concerned.

According to The Jackson Hole News & Guide, Courtemanch has counted 57, 46 and 48 bighorn sheep in the Teton Range, which is a substantial drop compared to 96 sheep in 2008 and 81 in 2010. While it’s possible that Courtemanch didn’t see all of the bighorn sheep within the range, depending on where the animals were during her count, her estimate is still low; she says that only about 80 sheep are likely in the Teton Range.

“We’ve always said we believe the population was stable at about 100 to 125 sheep,” Courtemanch told The Jackson Hole News & Guide, “but it seems like these recent counts indicate that it’s dipped.”

Yet, while bighorn sheep numbers are tanking, mountain goat numbers are increasing, which means that WGFD may have to come up with a game plan to manage the goats more aggressively. The Jackson Hole News & Guide reports that Courtemanch counted 43 mountain goats during the spring tally, which has them on almost equal footing as bighorn sheep.

“If we assume that there’s an equal number of male goats and females goats in the population, that would be about 80 kids per 100 female goats,” says Courtemanch. “That is a pretty fast reproductive rate, and goats can twin.”

Currently, WGFD is wrapping up its National Environmental Policy Act planning document, which has several proposed ways to manage the burgeoning mountain goat population while also protecting the fragile bighorn sheep herds.  For now, biologists will continue to monitor both populations to determine both range and growth rate.

“We don’t know if the drop in sheep numbers we’re seeing is a direct effect of the mountain goats being there,” says Courtemanch. “There’s a lot of pressures on that sheep population, and mountain goats might be one of those.”