Wyoming moose numbers may be on the rise 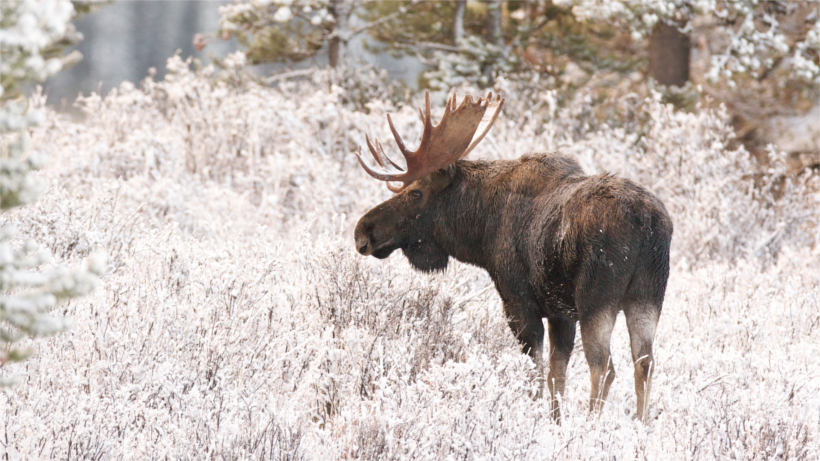 Winter was rough for much of Wyoming’s wildlife – except for its moose. The annual post-winter tally is showing the highest number of moose following extreme winter conditions since 2010. Wyoming Game and Fish Department (WGFD) biologists link the steady moose numbers with a drop in winter ticks – most likely due to “cold snaps” that killed the pesky parasites during December and January.

According to The Jackson Hole News & Guide, 320 moose were tallied during the WGFD helicopter count in mid-February, but WGFD upped its total moose count to 346 for the year following the Nature Mapping Jackson Hole’s annual citizen-science “Moose Day” census, which was held on Feb. 25. This tally shows an increase from last year’s count of 231 moose. While an improvement, the number is still a far cry from the state’s goal of 800 moose for the Jackson Hole herd.

“Moose do much better in the cold temperature and much better in the deep snow than our other ungulates. They seemed to be doing pretty well this winter,” WGFD wildlife biologist Aly Courtemanch told The Jackson Hole News & Guide, adding, “I think it’s a promising sign that perhaps the population is doing better, but it’s definitely not a huge improvement over previous years.”

Yet, the increased calf-to-cow ratio is a step in the right direction towards boosting moose numbers across the region. According to The Jackson Hole News & Guide, the 47-to-100 ratio calculated this year is the highest one since 1994 and included rare sightings of four cows with twin calves.

“I’m not sure exactly what’s driving that,” says Courtemanch. “It could be differences in predation or habitat changes that are making cows healthier.”