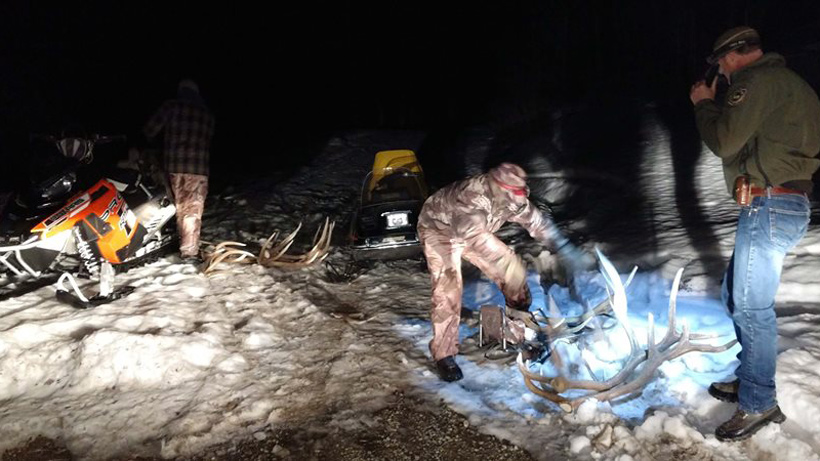 Shed hunting can be a fun hobby that many participate in to get outside during the off-season. However, there’s a reason why the shed hunting is not allowed Jan. 1 through April 30: to help animals survive the winter by limiting activities that take place on winter ranges and can cause stress to animals. Last April of 2018, two men decided to ignore the shed hunting parameters and collected about 70 pounds of elk antlers near the Hoback Rim north of Pinedale, Wyoming, according to the Wyoming Game and Fish Department (WGFD). Fortunately, WGFD game wardens caught Matthew Nelson and Jason Reidel when they were enroute to their vehicle and the two were apprehended.

According to the agency, Nelson and Reidel had been using snowmobiles and snowshoes to collect the shed antlers where bull elk had been wintering. Not only were they collecting antlers during the closed time period, but they were also trespassing on private land. 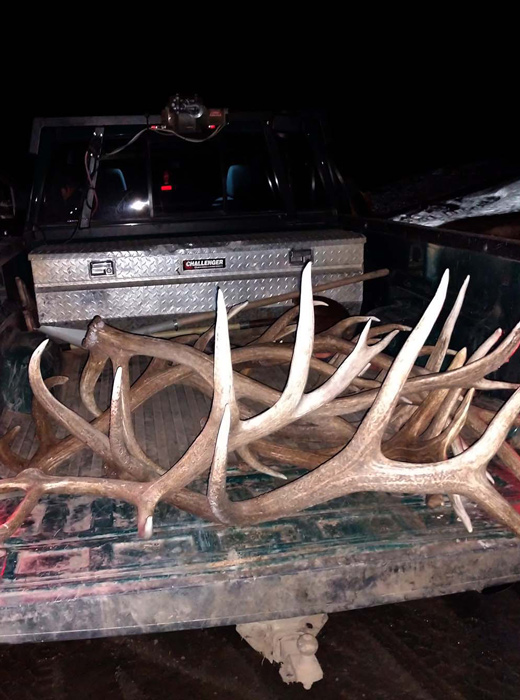 Both were found guilty and fined $1,550 each. They also lost their hunting privileges in Wyoming and the other 47 states that honor the Interstate Wildlife Violator Compact for the next two years. All of the antlers were seized and “returned to the field upon closure of the case,” according to WGFD.

“These were intentional, planned violations and the consequences were a result of those violations,” said Big Piney Game Warden Adam Hymas. “Hopefully the result of these cases will help deter other violators. We enforce this regulation just as we would any other wildlife regulation and encourage all sportsmen to continue to be vigilant and report any violations they are aware of.”