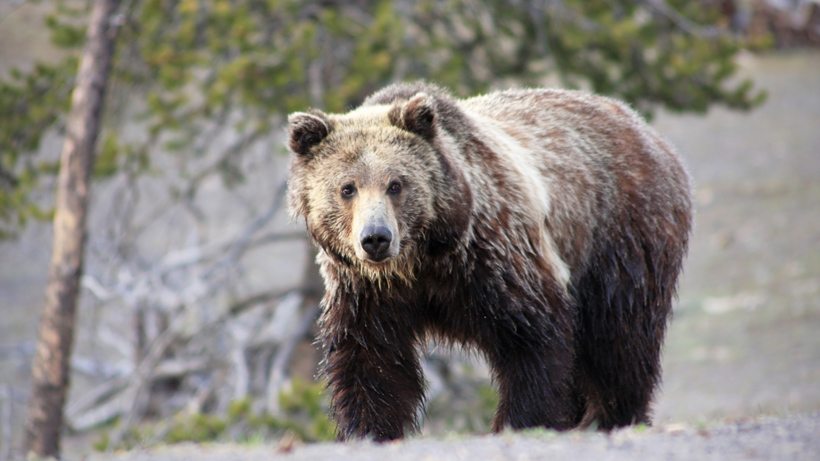 Earlier this week, Wyoming Game and Fish Department (WGFD) officials held a public Facebook talk to discuss the general public sentiment regarding grizzly bear management. The animals lost federal protections within the Greater Yellowstone Ecosystem last year. While Montana recently announced that it was not planning on holding any sort of grizzly bear hunt this year, Wyoming has been considering it and has held several public comment sessions to hear from area residents on the controversial subject.

“Hunting is probably the most contentious issue,” Dan Thompson, WDFG’s large carnivore supervisor, told the Cody Enterprise, adding that people are “very much in favor of it or very much opposed.”

Thompson along with WGFD’s Chief Game Warden Brian Nesvik and Renny MacKay, WGFD’s chief communications official, led the Facebook talk. Nesvik hinted that the “departmental grizzly bear management proposal featuring hunting” would be released to the public in the next few weeks, the Cody Enterprise reports.

As goHUNT previously reported, after 42 years of federal protections under the Endangered Species Act, the U.S. Fish and Wildlife Service delisted the Yellowstone grizzly bears and transferred management into state and tribal hands last July. Since then, Wyoming, Montana, and Idaho have been working on a long-term plan that would keep bear populations sustainable.

The possibility of a grizzly bear hunt has been one of the most contentious aspects of how to manage the more than 700 bears that roam within the region; however, Thompson says it’s not the only issue that has been discussed repeatedly during public meetings. Many attendees have suggested more educational programs for those who must coexist with the bears while others say there needs to be “more accurate population counts of grizzlies,” according to the Cody Enterprise.