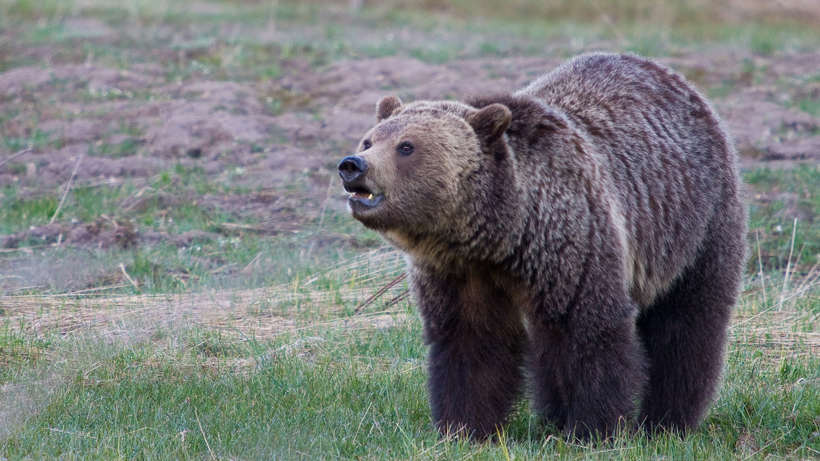 Two Wyoming lawmakers are working to bring grizzly bear legislation out of hibernation. Congresswoman Liz Cheney (R-WY) and Senator Mike Enzi (R-WY) introduced the Grizzly Bear State Management Act (“the Act”) to congress last week. The Act would reverse the September 2018 decision that removed the Greater Yellowstone Ecosystem grizzly bears from the threatened species list, according to SCI Foundation. If approved, the Act would allow for the delisting of Yellowstone grizzly bears from the threatened species list and return management to the states.

“The Grizzly Bear State Management Act stops the abuse of the court system by environmental extremists, safeguards the scientifically proven delisting determination and puts management of the grizzly bear back in the hands of Wyoming,” said Cheney.

“I’m pleased to reintroduce this bill and continue fighting for the important work done by the state of Wyoming to establish its own effective grizzly bear management plan,” Cheney continued. “The decision by a Federal District Court Judge in Montana to re-list the grizzly ignores science and reinstates one-size fits all federal management. I look forward to continuing to work with my colleagues and with President Trump to fight for Wyoming’s statutory right to manage wildlife.”

“It’s clear that under the Endangered Species Act, grizzly bears in the Yellowstone region are fully recovered, that they should be delisted and management returned to the states,” said Enzi.

“I have been working on this issue for over 20 years, and we already knew back then that grizzly bears had already fully recovered,” added Enzi. “Unfortunately, we have seen environmental groups take advantage of the court system in the face of wildlife management experts and the science presented before us. Our legislation would finally right that wrong by once again delisting the bears and stopping further frivolous and litigation on this issue.”

As goHUNT previously reported, in September 2018, U.S. District Court Judge Dana Christensen restored federal protections to Yellowstone grizzly bears, claiming that the U.S. Fish and Wildlife Service had used faulty science to make their decision. This decision canceled any proposed hunts scheduled; however, Wyoming did propose a bill in January that would allow the Wyoming Game and Fish Commission (WGFC) to hold a grizzly bear hunt if deemed necessary.  According to the National Parks Service, grizzly bears have recovered, with the population growing from 136 in 1975 to over 700 today using the population estimate model called Chao2.

“SCI views the recovery of the Yellowstone grizzly bears as a conservation success story, and since at least 2006 has advocated for the delisting of these bears from the threatened species list,” said SCI President Paul Babaz.  “Success should lead to movement forward—state management and well-regulated hunts—not needless expenditures of federal resources on a population that has been recovered for more than a decade.”