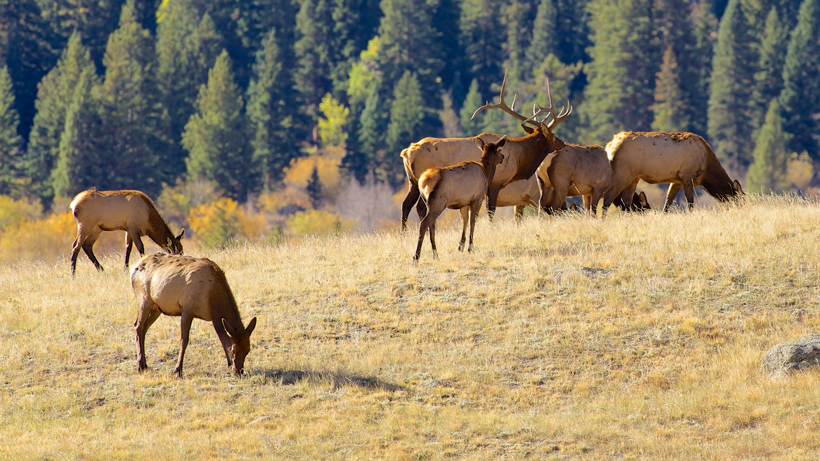 Wyoming is seeking citizen stakeholders to bring new ideas for managing the 22 elk feedgrounds in the state. To do this, the Wyoming Game and Fish Department (WGFD) recently finished a six-town tour to bring the idea to residents who may have some new thoughts on managing the winter feedgrounds where chronic wasting disease (CWD) impacts nearly 14,000 elk, WyoFile reports.

Those interested in volunteering for one of the stakeholder groups will be on board for an 18-month initiative that will hopefully result in a new game plan that would eventually become the new elk management plan.

“We need to look differently [at] things we have done in the past,” said Brad Hovinga, Jackson regional wildlife supervisor.

That means shaking things up and considering other viewpoints as to how elk west of the Continental Divide will be managed. Hovinga said that the “agency will impanel groups of stakeholders to undertake a ‘shared learning’ experience.” It “won’t be consensus-driven,” but rather one that considers “multiple perspectives,” according to Scott Edberg, WGFD deputy chief of wildlife. Tara Kuipers, who is facilitating the meetings, said that all of the stakeholder perspectives and recommendations will be given to WGFD to consider.

Based upon these suggestions, WGFD would create a new feedground draft plan that would be presented to the Wyoming Game and Fish commissioners for approval, according to WyoFile. Public hearings on the draft plan would, of course, also be held. The overall goal is to “address social, biological, political and economic problems and benefits” of supplemental feeding of elk in the winter, according to WGFD.