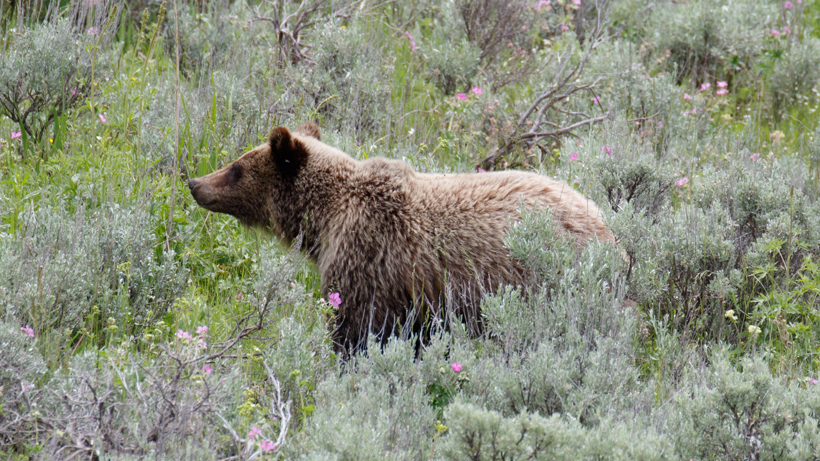 Wyoming is using a new bill to send a message to the federal government following the recent reinstatement of federal protections to Yellowstone grizzly bears. Senate File 93 (SF 93), which would allow the Wyoming Game and Fish Commission (WGFC) to hold a grizzly bear hunt if deemed necessary, is currently under consideration by the state legislature. It essentially thwarts the current federal law, though those who support it say it’s really “more of a symbolic gesture,” the Powell Tribune reports.

“This sends a very clear signal to the states of Montana, Idaho, Wyoming and any judge that we’re serious about wanting to manage our game populations and doing them in a responsible way,” Sen. Ogden Driskill (R-Devils Tower) said on the Senate floor Wednesday, adding, “The problem is going to get nothing but worse until we get after it.”

In September, U.S. District Court Judge Dana Christensen restored federal protections to Yellowstone grizzly bears in a controversial ruling. He had previously issued a temporary order that blocked the first Lower 48 states’ grizzly bear hunt in 44 years on Aug. 31, stalling the season opener. His decision canceled hunts that were scheduled for Wyoming and Idaho.

However, now, Wyoming is taking matters into its own hands. SF 93, which has already passed its first reading in the Senate, signals Wyoming’s condemnation of Judge Christensen’s ruling. In fact, according to the Powell Tribune, a portion of the bill states the following:

“We had a sow and two cubs south of Byron. We have some management issues,” said David Rael, a commissioner from Cowley. “We’re at the mercy of the court. I’m very interested to see how these bills will proceed. Hunting may not be the answer [to managing the species], but it’s a good tool to have.”

The bill doesn’t require a hunt, but through “permissive language” allows for one to be held if necessary, said Sen. Wyatt Agar (R-Thermopolis), who is a sponsor of SF 93.

Currently, Judge Christensen’s ruling has been appealed by the U.S. Fish and Wildlife Service and Wyoming, Montana and Idaho; however, it could still take years for that appeal to be heard.