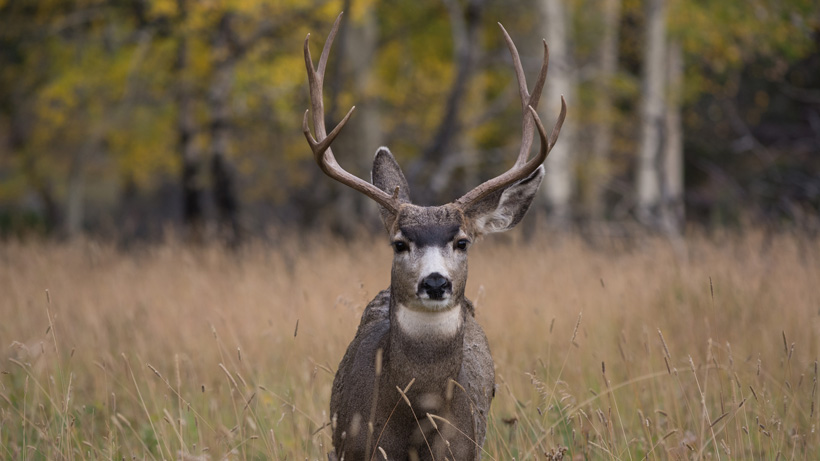 Wyoming mule deer just got a major monetary boost to help biologists understand why their numbers are on a continual decline. Late last month, the Wyoming Game and Fish Commission approved a special allocation of $2.46 million for a five-year-study dubbed the “Mule Deer Monitoring Project” that will include experimental predator control and elk reduction endeavors. However, that’s only a portion of the $5.7 million that will “be sunk into the project,” according to WyoFile.

The project will incorporate over 1,000 GPS collars that Wyoming Fish and Game Department (WGFD) wildlife managers will use to track and monitor mule deer across the state, collecting movement and mortality data. They plan to use the data gathered to pinpoint places where there should be fewer elk and figure out how to manage large carnivores that feast upon mule deer. Numbers within the state have declined from 500,000 animals in the early 2000s to only about 300,000 today.

“We know we’re sharing our deer herds, in some places, with large carnivores,” said WGFD Director Brian Nesvik. “Are there ways that we can make prescriptions and adjustments to wildlife management that will, at a localized level, provide more opportunity? In other words, share less of the deer resource with large carnivores.”

WGFD hopes to use hunters to help keep thriving elk numbers in check though to what level and in what way (longer seasons, etc.) are still to be determined. With the additional funding, the Mule Deer Monitoring Project will expand beyond the mule deer herd abundance surveys, which only focus on one deer herd a year, said Embere Hall, and, instead, allow the state to focus on seven or eight of the 37 mule deer herds within the state.

“So over the course of the five-year proposal,” said Hall, “we’ll have gotten a really robust estimate, potentially for every single herd in the state.”

Researchers will also keep tabs on the mortality rates in five “focal herds,” which will be used to “help inform predator control pilot projects,” according to WyoFile.

The Mule Deer Monitoring Project is separate from the Wyoming Mule Deer Initiative, which concentrates on habitat improvement, hunting season changes and science to sustain deer herds across Wyoming.