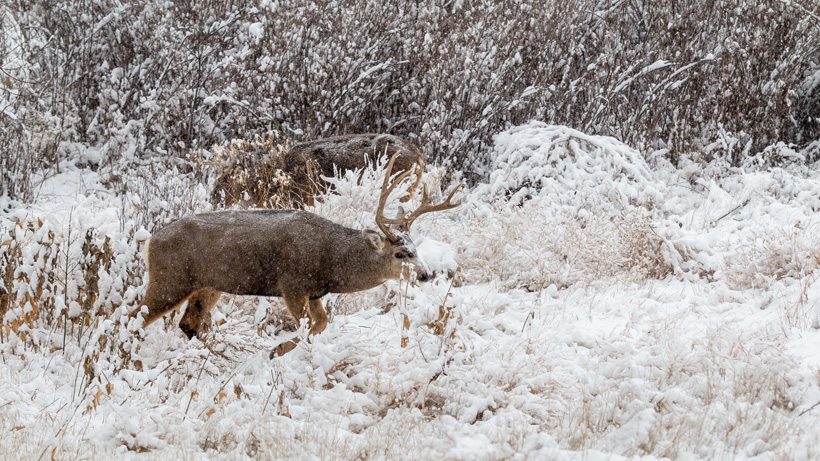 This week, Gov. Mark Gordon signed an executive order that will protect wildlife migration corridors in Wyoming. The 15-page mule deer and antelope order “designates three existing corridors” already adopted by the Wyoming Game and Fish Department (WGFD) and allows WGFD “to nominate new corridors that would be reviewed by a local working groups and approved or rejected by the governor,” WyoFile reports.

As goHUNT previously reported, the order is a balance between maintaining healthy herds that use these migration corridors and not hindering any economic growth. It incorporated recommendations from the Migration Corridor Advisory Group, which was established last May. Those recommendations included changing how corridors are formally designated and the creation of local working groups to review prospective corridors. WGFD would be responsible for gathering scientific data for prospective migration corridors before their review. Gordon would then work with local residents and stakeholders to gather additional insight before deciding to designate an official migration corridor.

This is the first time a governor has signed an order like this.

“We’re really leading the nation in this effort,” said Gordon, who told WyoFile that “the order should break a minerals leasing logjam,” which had faced “worries about migrating wildlife.”

“We could with good science identify these various migration corridors and get on with the business of managing our land,” said Gordon, because his “designation process would ‘get rid of the uncertainty that’s clouding some of these areas.’”

While the order gained support of many organizations like the Wyoming Stock Growers Association, those within the oil and gas industry were hesitant to embrace the decision, pointing to the loss of ten state drilling rigs that year, which resulted in “a displacement of hundreds of jobs from the Wyoming economy and a loss of millions in revenue to fund Wyoming’s schools,” according to WyoFile.

The Petroleum Association of Wyoming called for “a thoughtful implementation [of the executive order] that recognizes the need for balance and avoids further regulatory creep at a time when the state needs oil and natural gas revenues more than ever.”