Wyoming goes to court to regain control of state wolves 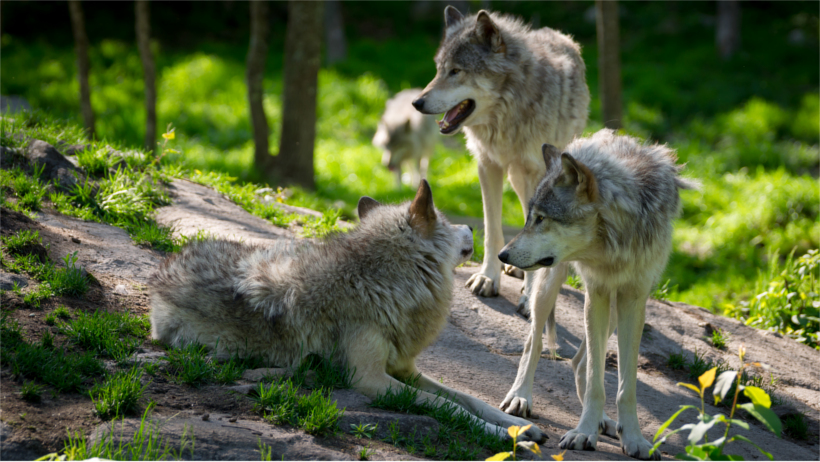 Wyoming’s wolf management plan hinges on tomorrow’s federal court hearing in Washington, D.C. State attorneys have combined forces with the U.S. Fish and Wildlife Service (FWS) in an attempt to override the 2014 decision that eliminated state control of the wolves.

Two years ago, U.S. District Judge Amy Berman Jackson denied Wyoming’s wolf management plan. According to the Billings Gazette, Jackson agreed with FWS that wolves had, indeed, recovered within the Northern Rockies and that “wolves aren’t endangered or threatened within a significant portion of their range.” Yet, she didn’t agree with Wyoming’s nonbinding promise to keep at least 100 wolves – with 10 breeding pairs – outside of Yellowstone and the Wind River Indian Reservation and ruled that FWS “was wrong to trust” the state.

Prior to the 2014 decision, Wyoming’s wolf management plan labeled wolves as trophy game animals and allowed them to be shot on sight. The only regulated area included the borders of Yellowstone National Park.

“Wyoming has elected to follow a path that is different from any other state in declaring wolves vermin that can be killed on sight in 83.5 percent of Wyoming,” says Tim Preso, a lawyer with Earthjustice in Montana. “That puts a lot of pressure on the management of wolves in the remainder to sustain the species.”

Yet Wyoming Game and Fish Department (WGFD) officials don’t agree. According to Renny MacKay, a WGFD spokeman, hunters haven’t killed enough wolves to meet state quotas over the past few years. In 2012, hunters killed 42 wolves out of the 52 permitted and an additional 25 outside of the trophy hunting area; In 2013, only 24 of the 43 allowed were killed with an additional 39 killed in the “predator zone.” This was all according to WGFD’s wolf management plan.

Tomorrow, Wyoming hopes to argue its side before a fresh three-judge panel at the U.S. Court of Appeals. Yet, the court’s decision won’t be determined tomorrow. Like many court cases, the verdict will most likely be determined months later – leaving the future of Wyoming wolves in temporary limbo.