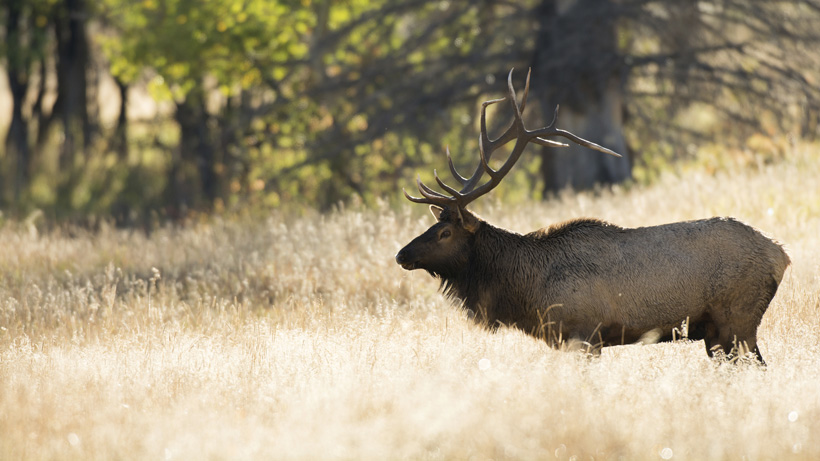 Chronic wasting disease (CWD) is extremely prevalent across the nation, causing states to come up with ways to monitor and possibly prevent its spread. The Wyoming Game and Fish Department (WGFD) recently appointed 32 people to a new working group to “recommend revisions to the agency’s CWD management plan by March 2020,” WyoFile reports. However, the group will not be including the somewhat controversial elk feeding grounds in their assessment—an area where CWD could actually be an issue.

“Dealing with the feedground issue could weigh down the statewide group,” said Brad Hovinga, WGFD supervisor for the Jackson region.

According to WyoFile, there are 22 winter elk feedgrounds west of the Continental Divide in Wyoming and about 21% of Wyoming elk use these feedgrounds in the winter. CWD, which is found in animal prions, is always fatal to cervids. It is one of six known animal prion diseases–five of which affect humans; mad cow disease is one of the most well-known.

CWD is transmitted through the feces, urine or saliva of infected animals. Diseased animals that die and, eventually, decay also contribute to the CWD-prion-contaminated areas because these proteins eventually seep into soils where deer, elk and moose graze, resulting in infection.

WGFD says that not including these feedground does not mean they will be ignored; however, Hovinga stressed that deer seemed to be more impacted by CWD than elk. Regardless, according to Hovinga, WGFD is “not trying to minimize what the potential effects of CWD on elk feedgrounds are,” which is why the agency is in the process of possibly forming a “separate, more localized group” to study elk feedgrounds separately, according to WyoFile. However, any additional groups would be formed after the statewide re-assessment of the CWD management plan is completed.

The first meeting of the newly formed working group meets on July 23 to 25 in Lander.