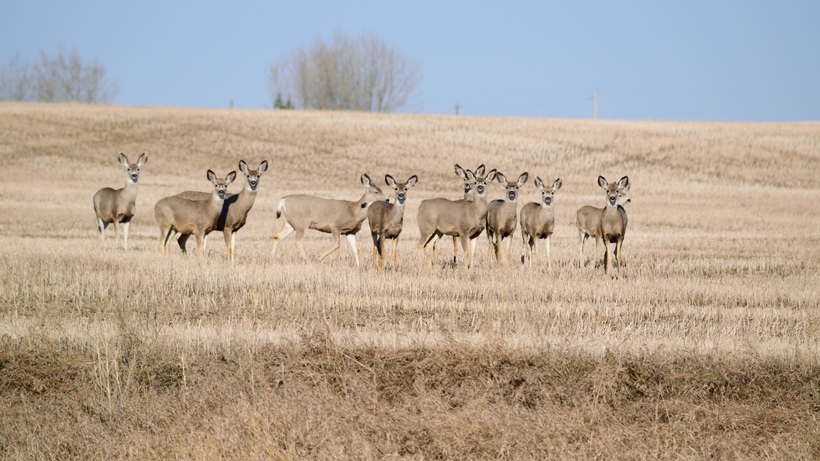 To minimize property damage and limit other safety issues, the city council of Cody, Wyoming approved a deer cull for the second time. The cull, which was completed by local police, lethally removed 50 mule deer from city limits through seven separate outings within a two-week period that ended Jan. 31, the Cody Enterprise reports. 49 does were eliminated; one injured deer was not recovered.

As goHUNT previously reported, in April 2017, the city held its first deer cull, which was dictated by Wyoming Game and Fish Department’s Chapter 56 Permit that governs the lethal take of wildlife. The city obtained the special permit for the second time. The permit allows for the removal of “deer without antlers, or does…with any caliber rifle or shotgun and with no ammunition restrictions…to relieve or prevent destruction to private property and protect human health and safety,” according to the Cody Enterprise.

Two officers work in tandem to safely remove the deer: one as safety lookout and the other as a sharpshooter.The meat is donated to local families after being tested for chronic wasting disease. While last year’s cull required 12 separate outings, this time, the officers completed the cull by baiting seven deer per outing, making it more efficient and cost-effective. Police Chief Chuck Baker disclosed within his written report that a total of 96 man hours were used (62.75 in paid overtime; 32.25 in time traded or credited as compensation) and that the total cost of the cull was $3,469 -- $1,281 under budget.

The Cody City Council may hold another cull later this year to keep the herds manageable within city limits.

“I personally am looking to November to do another culling,” said Councilwoman Karen Ballinger. “I’d like to get an earlier start, and 50 people would like to get the meat.”