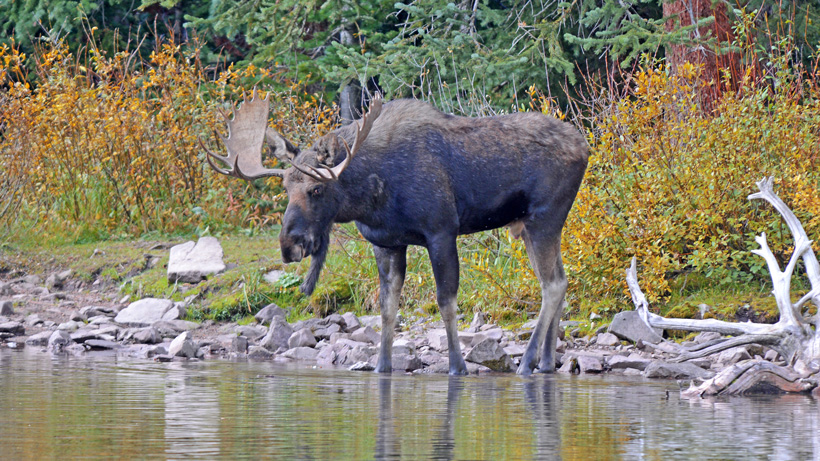 If you hunt bighorn sheep and moose in Wyoming, then the Wyoming Game and Fish Department (WGFD) wants to hear from you. The agency is currently seeking input on changing how preference points work during moose and bighorn sheep license draws.

The proposal, which was put together by the Wyoming Wildlife Taskforce, would change the preference point draw to a weighted bonus points draw if approved and would apply to both residents and nonresidents.

“The Wyoming Wildlife Taskforce frequently heard from hunters frustrated with Wyoming’s current system. Their comments were that drawing a license for moose and bighorn sheep was becoming too difficult — especially when forecasting odds for future generations of hunters,” said Brian Nesvik, WGFD director and a member of the Taskforce. “That’s why a change to the preference point system was recommended — to broaden the opportunity to draw a license.”

Current state law allocates 75% of the available moose and bighorn sheep licenses into a preference point draw while the remaining 25% are randomly allocated, meaning the more points you have, the better your chances at drawing. According to WGFD, the proposed changes would specifically:

“With the Taskforce’s recommendation, everyone who has points now has a chance — including those first-year applicants,” said Nesvik. “That means there are opportunities for a broader pool of applicants to potentially draw.”

The proposal is currently being considered by the Wyoming Legislature’s Travel, Wildlife and Recreation Committee and WGFD is collecting public comment through Aug. 1, 2022.

“It’s crucial that Game and Fish hears from hunters on this topic so your thoughts can be included in discussion,” said Nesvik. “It’s equally important that moose and bighorn sheep hunters understand how these proposed changes would affect them, if enacted, in drawing a license.”