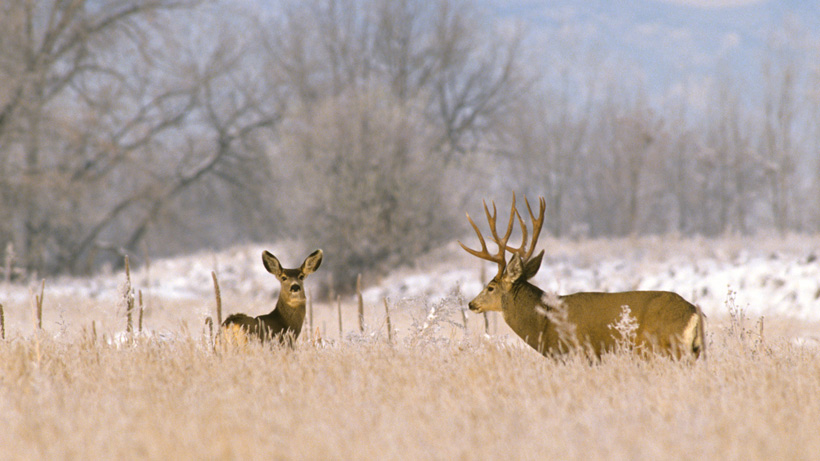 Wyoming mule deer just got a boost thanks to the approval of 10 mule deer initiative projects by the state game and fish commission. With an additional $452,400 awarded last week, a total of $1.79 million will go towards projects geared toward improving three million acres and helping seven herd units that currently comprise 25% of Wyoming’s mule deer population, according to the Billings Gazette.

During their recent meeting, the commission also considered new research about cattle depredation and damage compensation for ranchers. Based upon this information, the commission requested that the Wyoming Game and Fish Department (WGFD) start working on amending Chapter 28 – Big or Trophy Game Animal or Game Bird or Gray Wolf Damage Claims to include compensation for yearling cattle as well as continued research into grizzly bear and gray wolf livestock damage.

Further, a land transfer was approved on Bureau of Reclamation property near Glendo State Park, which means that it will continue to be public access for hunting and fishing. The commission also heard updates on the reintroduction of bighorn sheep in the Sweetwater Rocks as WGFD works with landowners and identifies possible impact to grazing allotments.

“This is a worthy project for bighorn sheep,” said Brian Nesvik, WGFD director. “We know there are legitimate concerns that need to be addressed, so we are slowing this work down to thoroughly provide assurances for producers and find solutions together to make this transplant possible.”

Additionally, the commission received an update on the elk feedgrounds public collaborative process, which will help establish a long-term management plan.