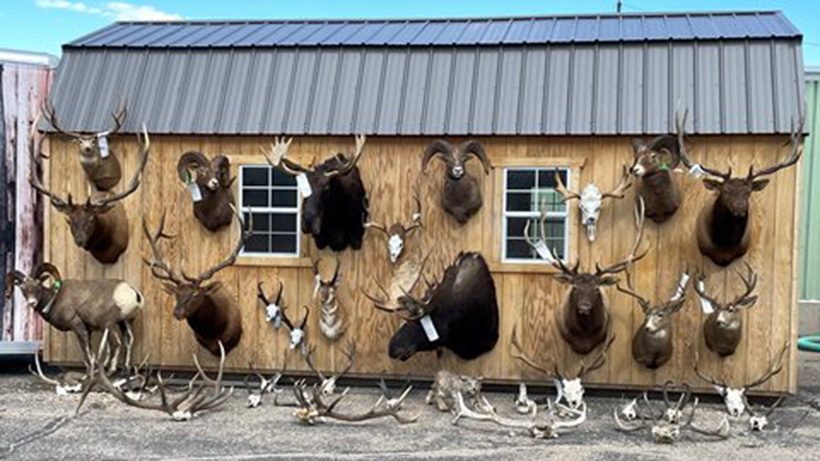 It took seven years and multiple agencies to complete a poaching investigation that spanned four states and resulted in three men being charged with over 100 wildlife violations. Wyoming Game and Fish Department (WGFD) officers convicted Russell Vick of Alabama, Robert Underwood of Oklahoma and David Underwood of South Dakota with multiple wildlife offenses and a cumulative fine of $171,230 and $131,550 in restitution, according to the agency.

“Investigating and successfully prosecuting a case of this size and scope required years of effort by many individuals and agencies,” said Rick King, WGFD chief game warden. “Dozens of people worked hard to make sure that even though some of these violations occurred a decade or more ago, they would not go unpunished.”

Investigators worked with state and federal law enforcement officers, county and federal prosecutors, WGFD forensic laboratory personnel and others in what turned into thousands of hours across four Wyoming counties that, ultimately, concluded in September 2022 in Park County.

In October 2015, a Gillette game warden responded to a request that he deemed suspicious. A hunter requested an interstate game tag for a deer head he wanted to ship to Vick for taxidermy work in Alabama; however, Vick showed up in the database with a Wyoming address and a history of Wyoming hunting license purchases, according to the agency. The conflicting information sparked what’s considered one of the largest poaching cases in Wyoming history.

Investigators were able to link Vick to the Underwoods using cell and social media information and honed in on many Wyoming resident hunting licenses and preference points purchased by those individuals using a shared Gillette address. Several federal search warrants were obtained during the course of the investigation for their residences as well as Vick’s taxidermy shop. Officials recovered elk, deer, antelope, a bighorn sheep ram mount, alligators, migratory birds, three bull moose, three bighorn sheep rams and more. Evidence and information from multiple interviews resulted in charges against all three men in Campbell, Weston, Sheridan and Park counties in Wyoming.

“We particularly want to thank special agents with the U.S. Fish and Wildlife Service, state wildlife law enforcement officers in Oklahoma, Alabama and South Dakota, as well as several Wyoming game wardens who investigated violations that took place within their districts,” said King.

“We also appreciate the many hours spent by the Campbell, Park, Sheridan and Weston county attorney offices to make sure appropriate charges were filed to reflect the seriousness of these wildlife violations. Additionally, assistant U.S. Attorneys at offices in Lander, Rapid City, South Dakota, Oklahoma City, Okla.; and Birmingham, Ala., spent a significant amount of time preparing and drafting federal search warrants in their respective states. These search warrants allowed officers to seize and preserve evidence of the many crimes committed. Employees of the Game and Fish’s Wildlife Forensic Laboratory diligently processed multiple pieces of evidence in this case and we give them our sincere thanks.”