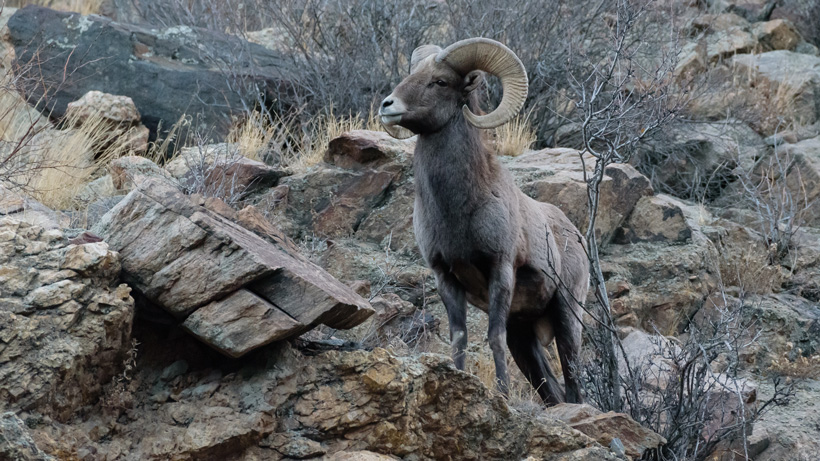 Drawing a “Big 5” tag in Wyoming is always a high priority for a big game hunter and, now, residents could have a better chance at drawing one. House Bill 43, which would limit the number of nonresident licenses and benefit resident hunters, passed last week and now moves to the Senate floor, according to the Cody Enterprise.

If you remember this was last attempted in 2021 and failed. Read more here.

Livingston served on the task force charged with creating the new bill. While he supports the license allocation change, he acknowledged that not all outfitters would be supportive of it, especially those who guide moose hunters.

“The industry is starting to see more resident sheep hunters book with outfitters than nonresidents,” said Livingston. “Also with the once in a lifetime component the thoughts are that more license-holders for these species will book the services of an outfitter.”

Rep. John Winter (R-Thermopolis), who voted against the bill, noted the issue he had was mostly economic, stating, “The economic impact it has on these smaller communities in the state, it takes away from their income. I’m concerned about that. Many outfitters specialize in these big five species for their livelihood, and it’s going to be taken away. A lot depend on nonresidents for economic well-being.”

Winter also noted the nonresident hunters who have will lose out after spending years – and a lot of money – buying preference points who will now have fewer chances at drawing a tag for one of the “Big 5” animals.

If approved, the license allocation change will slowly roll out over the next five years – a move that many resident hunters do not support.

What do you think?

If you want to read all the comments the last time this was discussed, check out the article below: