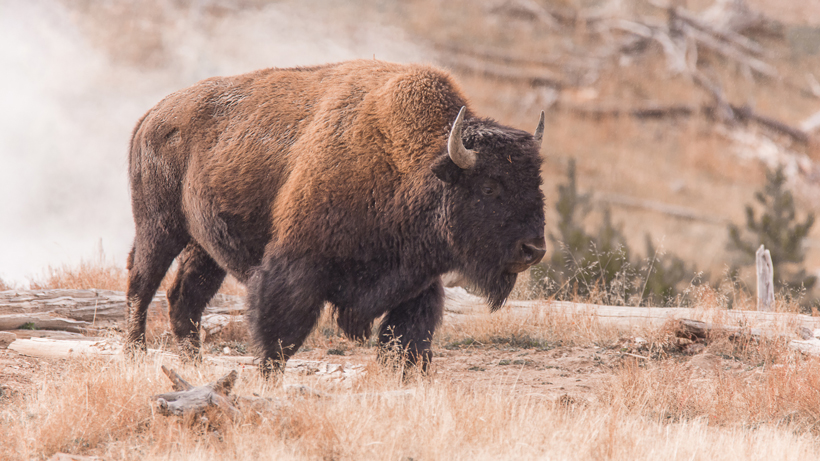 Wild bison are crowding the North Fork in Wyoming, resulting in a wild bison hunt this fall. The Wyoming Game and Fish Department (WGFD) will issue three tags— two resident and one nonresident —for the hunt scheduled Sept. 1 through Nov. 1, KPVI.com reports.

Last week, WGFD officials held a hunting season-setting meeting and announced the sanctioned bison hunt. The bison targeted are not bison that live in Yellowstone National Park. Instead, these are animals who have roamed beyond their home turf and those that have traveled to the North Fork are the old bulls interested in living on their own, biologist Tony Mong says. While there is only 18 bison living within this region, WGFD says that is a few too many to sustainably live there, hence the three bison tags offered this fall.

“We have fielded quite a few calls,” said Mong, referring to interest in holding a hunt.

While some may question if the hunt is necessary, keeping the bison herd in check on the North Fork limits property damage, the possibility of spreading disease to local cattle and decreases the chance of bison-vehicle collisions. Mong acknowledged that an accident between a vehicle and a 1,500-pound bison is a big mess.

The details of how tags will be allocated have not yet been released.