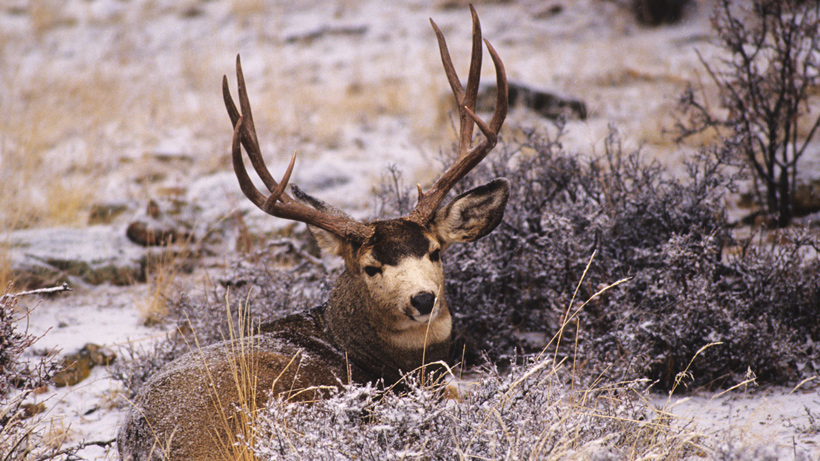 For the past few years, Wyoming has experienced harsh winter conditions and high fawn mortality, resulting in more restrictions and less opportunity for mule deer for the 2018 season. In Hunt Areas 110 through 115 in the upper Shoshone River of Region F, mule deer buck ratios are below objective and Wyoming Game and Fish Department (WGFD) officials have added new restrictions to help the dwindling herd.

According to the Powell Tribune, there will be a 4-point antler restriction on bucks within this hunt area and doe opportunity will be “reduced west of Powell this fall due to low populations.” The change in restrictions was announced last week during the state’s fall season-setting meeting. Tony Mong, WGFD biologist for the Cody area, said that within that popular hunt area, the estimated herd size had dropped to 8,600 animals – down from the state objective of 9,600 to 14,400.

Because of this significant drop, Mong said, “We’re staying conservative.”

As goHUNT previously reported, during that same meeting, Wyoming announced a wild bison hunt that will include two tags for residents and one tag for nonresidents. The details of how tags will be drawn have not yet been released though the hunt is anticipated to run Sept. 1 through Nov. 1.

While disappointing news for mule deer hunters, Mong added that there will be “expanded elk opportunities in the area due to damage on private land” as well as a possible general tag for mountain goat in the near future in Hunt Area 3. It will not be a 2018 hunt, but is being considered for future seasons, the Powell Tribune reports.