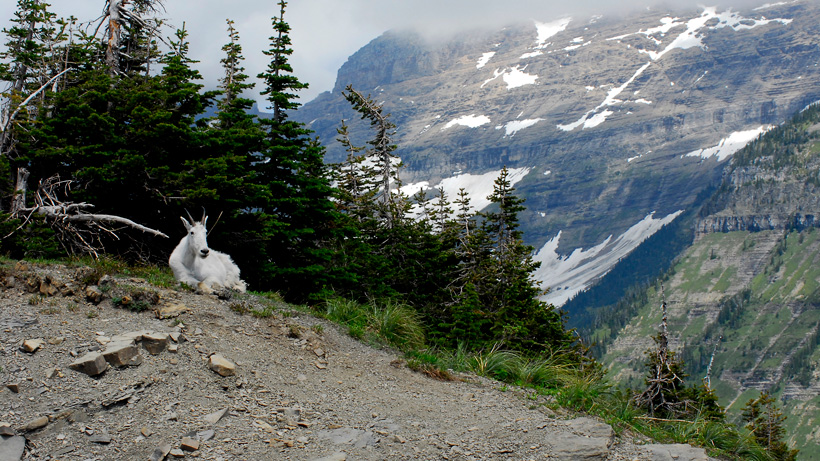 Grand Teton National Park’s mountain goat cull is underway despite opposition from the Wyoming Game and Fish Commission. Last week, the commission officially spoke out against the lethal removal of mountain goats from the park using aerial gunners, saying that decision “flies in the face of all Wyoming values,” Local 8 ABC News reports.

“While we recognize Grand Teton National Park’s efforts to address the expansion of mountain goats in native bighorn sheep ranges, the department has been consistent in voicing our concerns about the use of aerial lethal removal,” said Brian Nesvik, Wyoming Game and Fish Department (WGFD) director. “We have communicated several times, in multiple ways, as recently as today, our recommendation to use skilled volunteer hunters to achieve their objectives to reduce mountain goat populations.”

As goHUNT previously reported, contracted aerial gunners recently began a week-long effort in Wyoming to locate and shoot non-native mountain goats to help the Targhee bighorn sheep herd struggling to survive in their native range. While the original proposal called for the salvage and donation of mountain goat meat to those in need, that has since changed and carcasses will only be retrieved if it can be safely done.

On Wednesday, according to Local 8 ABC News, the commission adopted a resolution that calls on the National Park Service “to immediately cancel plans” that uses aerial guns to kill the goats and, instead, “implement a plan allowing the goats to be removed by volunteers.” In a rare roll call vote, the resolution passed unanimously.

A letter was also sent to the acting superintendent of Grand Teton National Park by Nesvik, “urging him to reconsider the removal plan.”

“Leaving carcasses to rot, where there is no utilization of that resource, rather than allow sportsman to go out with park supervision and training to harvest an animal—like is done with elk—I can’t understand that decision,” said Game and Fish Commissioner Pat Crank.