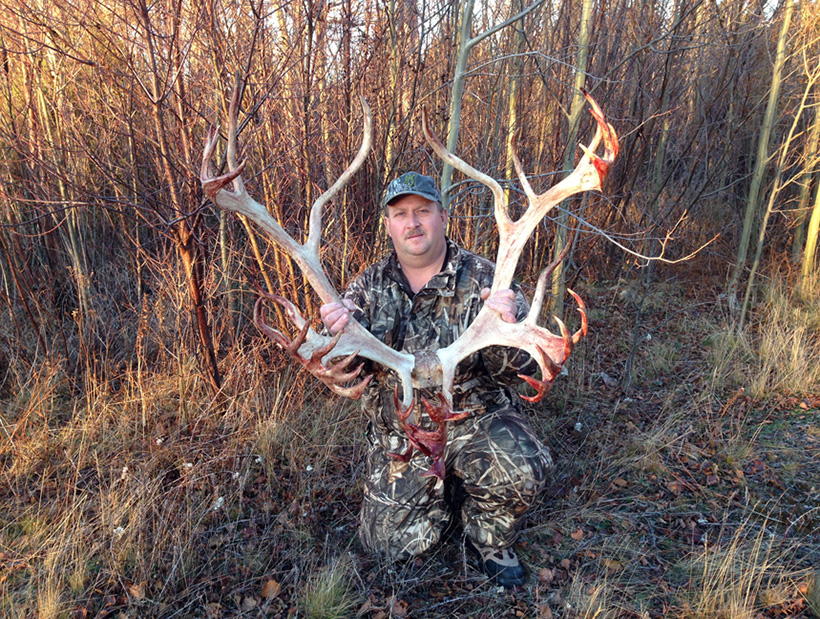 The Pope and Young Club recently announced that a new woodland caribou is under consideration for the title of archery world record.

Last fall, Newfoundland bowhunter Jeff Samson harvested a massive bull with an initial entry score of 377 7/8". If the score is verified, it will shatter the current world record by a whopping 31 inches.

The standing record for woodland caribou is held by Dempsey Cape who took a 345 2/8” caribou in 1966 from Victoria River, Newfoundland. The Dempsey Cape woodland caribou, which is currently on display in the Pope and Young Club’s Museum of Bowhunting in Chatfield, Minnesota, is one of the longest standing P&Y world’s records. It has stood for over 47 years.

Samson’s caribou is still subject to a panel judging verification, which may alter the final accepted score for a number of reasons, including unusual shrinkage or initial mis-measurement.  Regardless, the trophy caribou is an incredible accomplishment.

“Caribou are pretty witty and they don’t usually let you that close to them,” Samson told CBC. “It tests your skill more. You have to judge wind conditions, your cover, how close you can get. Basically, you gotta outwit the animal to get close enough to it.”

Samson said he had spotted the exceptional caribou several times before but was never able to come within range. It took a great amount of patience and caution before he was able to get into a position where he could take a shot.

“I was taking a few steps at a time and just waiting more or less. It takes a bit of patience really,” Samson said to The Gander Beacon.

Once Samson was within 15 yards of the animal, he used his compound bow to make a clean shot. After waiting about a half hour before tracking, Samson did not have to go far before locating his trophy.

Yet even at that point, Samson says he was not aware of the caribou’s record potential.

“I knew it was big when I killed it, but I didn’t think it was world-record material,” Samson confessed.

In fact, Samson explained that it wasn’t the rack that caught his eye, it was the meat.

“It feels kind of hard to believe, ’cause I’m not a trophy hunter. When I hunt, I hunt for meat — whether it be moose, caribou, other big game … or even small game like ducks or rabbit,” Samson elaborated.

It was only after he began researching the record potential of the caribou out of curiosity that he discovered his kill was a potential world record.

That’s when he decided to have local Boone and Crockett officials in Deer Lake measure the rack. They subsequently informed him that his caribou was going to take the new world record.

Here is a look at the current world record holders for caribou:

Samson’s caribou will be entered into the current, ongoing 29th Recording Period — the biennium representing entries accepted into the P&Y Records Program from January 1, 2013 to December 31, 2014.

The public will be able to view the antlers when they are on display at the Pope and Young Club’s National Convention in Phoenix, Arizona from April 15 - 18, 2015.