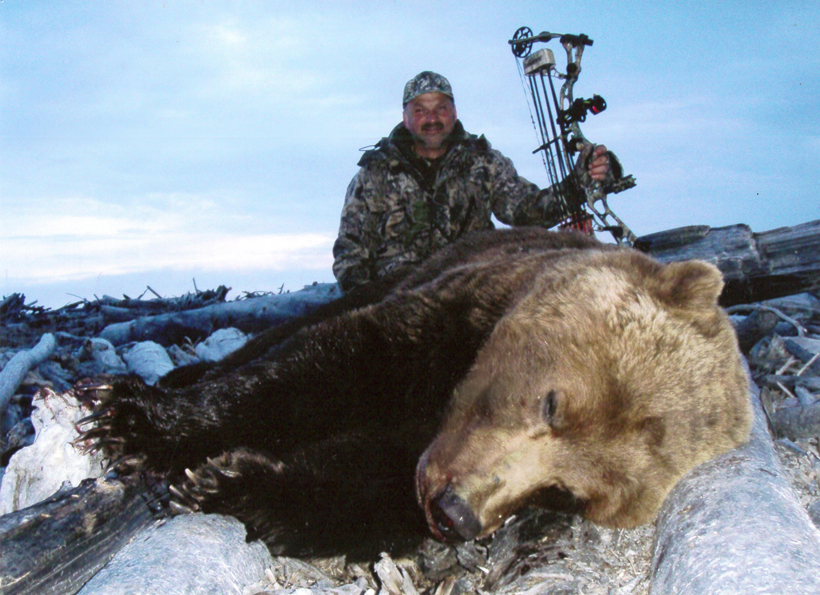 It took eight days, but this hunter managed to take a grizzly bear of lifetime. Rodney Debias came face-to-face with a giant grizzly at 10 yards, later making a shot at 30 yards at what could be the new Pope and Young world record grizzly. The current world record grizzly bear has a skull measurement of 26 3/16". It was taken in Unalakleet, Alaska in 2004 by Dennis Dunn. The grizzly can now be entered into P&Y Records program because they club now accepts trophies harvested with lighted nocks.

Debias' impressive grizzly has an initial P&Y score of 27 3/16", which is a full inch larger than the existing world record. The grizzly is entered into the current, ongoing 29th Recording Period, but it will need to be panel judged before the national convention to finalize the bear skull.

Grizzly bears are the interior relatives of the coastal Alaskan brown bears. They are found in huntable populations in Alaska (north of the Alaska Range and the 62nd Parallel), British Columbia and the Yukon Territory.

Be sure to check out this outstanding grizzly bear, plus roughly a hundred more of the biggest and best over the last two years, on display at the Pope and Young Club's National Convention in Phoenix, Arizona, April 15-18, 2015.