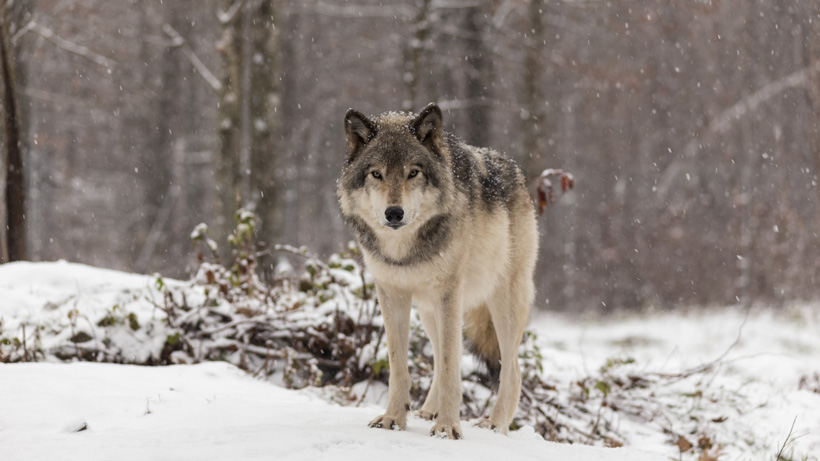 Gray wolves are once again protected by the Endangered Species Act. Last week, Senior District Judge Jeffrey S. White of the U.S. District Court for the Northern District of California ruled that the U.S. Fish and Wildlife Service (FWS) didn’t “adequately consider threats to wolves outside of the Great Lakes and Northern Rocky Mountains” when pushing forward with delisting them in 2020, according to the New York Times.

Based upon this ruling, wolves within 44 of the lower 48 states regain federal protection. Wolves that were delisted in 2011 in Montana and Idaho and in 2017 in Wyoming will continue without protections in these states. New Mexico wolves were never part of the delisting decision in 2020 because they are considered a separate population.

Environmental groups like Earthjustice, the Center for Biological Diversity, Defenders of Wildlife, the Humane Society of the United States, Sierra Club, National Parks Conservation Association and Oregon Wild challenged the ruling in court, according to the Idaho Capital Sun.

As goHUNT previously reported, the 2020 delisting allowed Wisconsin to move forward with a three-day wolf season in February 2021 where 216 wolves were killed despite the established quota of 119 animals for non-Native American hunters.

According to the New York Times, FWS is currently reviewing the decision.