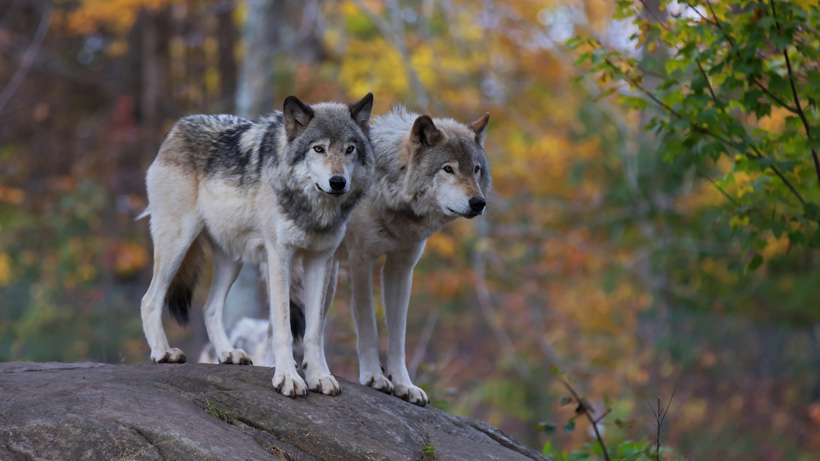 Eight llamas are dead in the Basin Creek area southeast of Butte, Montana, and officials believe a pack of wolves is responsible for all of the kills. The incidence occurred last month and John Steuber, state director of the U.S. Department of Agriculture’s Wildlife Services, said that “three llamas were confirmed wolf kills” and the other five were “probable,” the Montana Standard reports.

“It was all in the same area,” said Steuber. “The five were older but it was pretty clear they were all killed by wolves.”

With a multitude of wolves, mountain lions and grizzly bears in the state, livestock depredation is pretty common. What makes this incident unique is that the wolves killed more than one animal at the same time.

“Most commonly, they get one kill at a time,” said Steuber.

The incident has local residents concerned for their own animals, hikers, bikers and other recreationists with the presence of wolves in the Basin Creek Reservoir, according to the Montana Standard; however, Montana Fish, Wildlife and Parks wolf biologist Nathan Lance says that “wolf attacks on humans are rare.”

Lance adds that if you’re worried, carry pepper spray, but that “there are greater risks out there” besides wolves.

“I work with wolves in the field, I trap them, I work by myself, I don't carry a gun or pepper spray,” said Lance. “My biggest concern with humans (and wolf encounters) is their dogs.”

Because of the recent attacks, residents may want to keep careful tabs on dogs, cats, sheep, calves or other small animals until the wolves are located and lethally removed, said Steuber.

“Once a pack gets into trouble, it can be difficult to relocate them and there are liability issues with relocating problem animals,” said Steuber.

The eight-wolf pack responsible for the attacks is called the Spire Pack and they live in the Highland Mountains south of Butte. Officials plan to capture and collar at least one member of the pack to monitor where they go and what they do.

According to Lance, another wolf pack lives in the Mount Haggin and Fleecer mountains west of Butte and another pack lives near Deer Lodge. There are also other known wolves who roam in packs of two or three and the “bulk of wolves are in western Montana.”