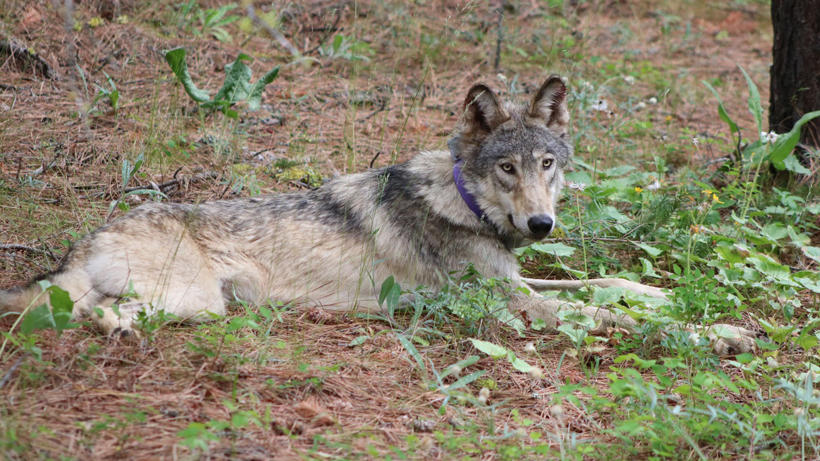 Picture of the wolf OR-93. Photo credit: Austin Smith

The gray wolf once ranged from the dark timbered Klamath northern forests to the granite slabbed Sierra Nevadas. A native species to California, it is widely believed that they were extirpated in the 1920s. To many, OR-7’s appearance in the Golden State in 2011 marked the return of an unwanted apex predator and to others, it symbolized the return of balance to the ecosystem. With almost 90 years separating the last known wolf and the most recently documented one, there is much debate over how to manage these animals.

Recently, a gray wolf from Oregon’s Mt. Hood’s White River Pack (OR-93) has ventured further south into the state than any documented wolf in recent history. The two-year-old male traveled hundreds of miles south of his birthplace into Mono County, California. He is the 16th documented wolf to arrive in the state. Because he wears a tracking collar to keep track of his location, the California Department of Fish and Wildlife (CDFW) said, “Like many young wolves, he subsequently left his pack in search of a new territory and/or a mate.”

With only one known population of wolves already with a claim in Plumas County, some residents believe that California is not ready for the return of the wolf. Although the presence of wolves is small, growing concerns over a potential increase in livestock depredation have ranchers in the northern counties of the state worried.

The gray wolf was delisted from the Endangered Species List earlier this year, resulting in state management of the apex predators. However, gray wolves are currently listed on California’s Endangered Species List. The state plans to monitor the population while researching the species as a whole and study how they interact with the current environment. If you spot a gray wolf in California, please report it immediately to the CDFW.