Wolf topic heats up in Michigan 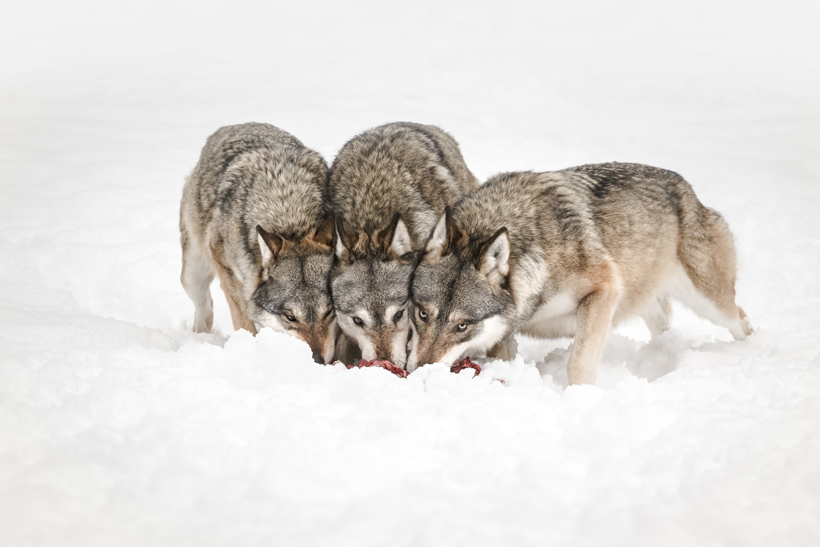 Pro-wolf activists filed a lawsuit last week aimed at overturning a new “citizen-initiated” law that would allow the continuation of wolf hunts within the Upper Peninsula. The new law was sent to Michigan Legislature via a statewide petition drive and undermined two anti-wolf hunt proposals last November.

The “citizen-initiated” law in question is the Scientific Fish and Wildlife Conservation Act (the Act). Passage of the law allows the Natural Resource Commission (NRC) to name game species – even wolves -- and establish hunting seasons without requiring the governor’s signature. More than 600 wolves call Michigan’s Upper Peninsula home and advocates argue that management is necessary to reduce livestock conflicts and human interactions. Opponents believe that hunting will only harm the successful recovery of the wolf population within the state.

Keep Michigan Wolves Protected (KMWP) filed its lawsuit in Michigan’s Court of Claims, contending that the Act violates the Michigan Constitution in three ways, according to MLive.com. It violates the “title-object” requirement by failing to reference wolves or the NRC, the “single-object” rule by including highly diverse provisions, and fails to include the full text of other laws it amended.

"It was passed for the sole reason of circumventing a citizen referendum on the issue of wolf hunting and to allow the unelected Natural Resource Commission to designate wolves as a game species so they could have their hunt," says Jill Fritz, head of KMWP and state director of the Humane Society of the United States.

Wolf hunting within the state was put on indefinite hold back in December when U.S. District Judge Beryl Howell placed wolves back on the endangered species list. The Michigan Department of Natural Resources appealed the ruling and the U.S. House of Representatives seeks to delist the gray wolf and reinstate earlier decisions made by the U.S. Fish and Wildlife Service. Reclassifying wolves as a threatened species would provide flexibility in how states decide to manage the predators.

Regardless, supporters of the newly passed Act expect the KMWP lawsuit to fail. "We knew they would attack it this way from the beginning," says Drew YoungeDyke, spokesman for the Citizens for Professional Wildlife Management, which is the committee that led the petition drive for the new act. "We've analyzed it pretty thoroughly, and we don't think they have much of a claim."