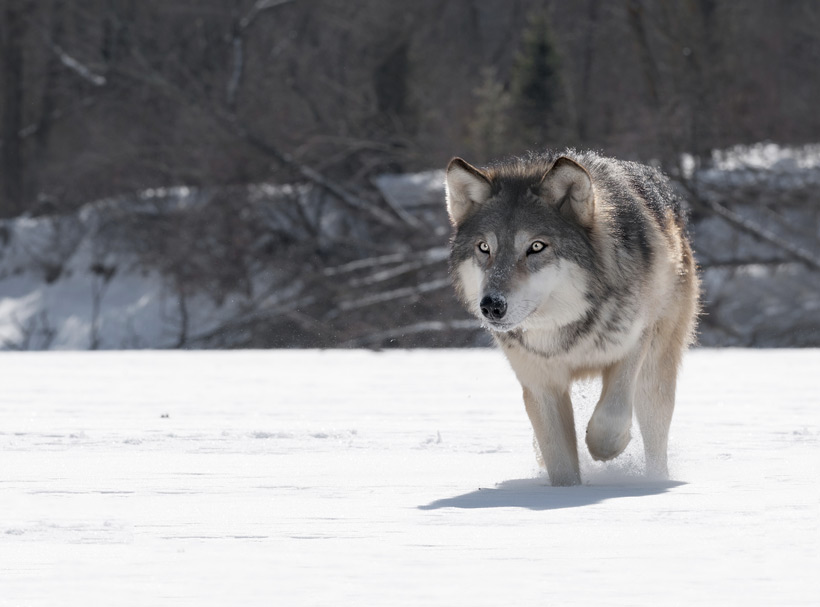 On Sunday, a Utah hunter shot a young gray wolf believing that he was, instead, killing a coyote. The incident happened about five miles east of Beaver on the south end of southwestern Utah’s Tushar Mountains. The hunter immediately notified the Utah Division of Wildlife Resources upon noticing the tracking collar on the animal. State conservation officers then contacted the U.S. Fish & Wildlife Service.

"We are still investigating, but it seems initially that it was a case of mistaken identity," says Utah’s DWR director Greg Sheehan.

According to wildlife officials, the collar was attached to the 3 year old female for identification and tracking purposes in January 2014 in Cody, Wyoming. This is the first documented wolf killing in Utah since 2010 when two wolves were killed after attacking Utah livestock. Most wolf sightings have occurred in counties that border Idaho and Wyoming.

Some blame the shooting on Utah’s coyote bounty program. Under the Mule Deer Preservation Act, Utah offers a $50 bounty for coyotes. The second year of the program concluded June 30 with more than 7,000 coyotes turned in for the monetary reward.

While the Arizona-based Center for Biological Diversity believes that the dead wolf came from the Grand Canyon area due to the proximity of Beaver to the North Rim, biologists say the collars on the animal killed Sunday and the Grand Canyon wolf appear to be different.

The hunter could face citations for killing the animal, which is federally protected in that part of Utah under the Endangered Species Act. The U.S. Fish & Wildlife Service will conduct the investigation.