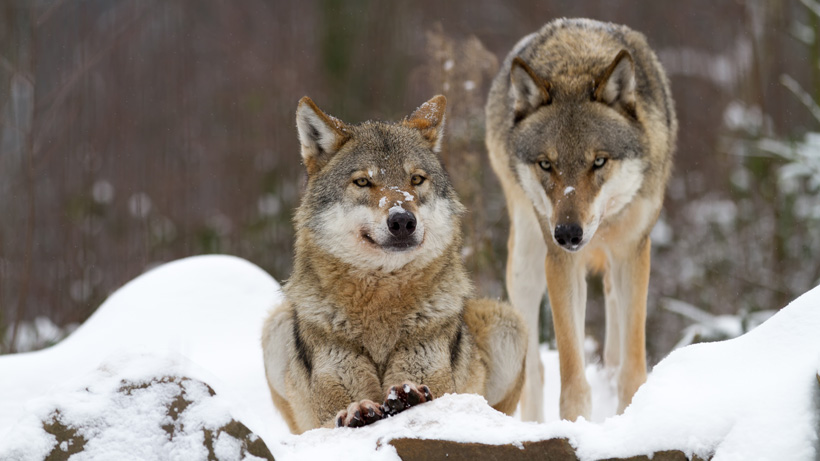 Too many Yellowstone wolves have been trapped or killed by hunters during Montana’s wolf season, resulting in a call by wildlife commissioners to shut the season down early in the southwestern portion of the state. To date, 76 wolves have been reported killed. Once that number hits 82, hunting and trapping will be over for the area this season, according to the Associated Press.

In December, Superintendent Cam Sholly asked commissioners to suspend hunting in areas along the park’s borders, stating that “park wolves spend only 5% of their time outside the park.” So far, 23 wolves from Yellowstone packs have been killed – 18 in Montana, three in Wyoming and two in Idaho – sparking park officials to worry that it could mark “a significant setback for the long-term viability” of these packs.

Currently, there are only 91 wolves within the park borders, according to spokesperson Morgan Warthin.

As goHUNT previously reported, the state recently made changes to its wolf trapping and hunting seasons, eliminating quotas and increasing the number of wolf trapping and hunting licenses as well as extending wolf trapping seasons and legalizing the use of snares. However, while Yellowstone officials and wildlife advocates may object to the number of wolves killed so far, Montana officials say that the 184 wolves killed statewide is “in line with recent years.” There are currently over 1,000 wolves in the state.

“We have a statutory obligation to reduce the wolf population,” said Patrick Tabor, vice chair of Montana’s Fish, Wildlife and Parks Commission.

However, the Phantom Lake Pack has practically been “eliminated” after the majority of its pack members were killed between October and December, which park officials like nature guide Cara McGary says damages the economic viability of the park since tourists will travel to specifically see the Yellowstone wolves.

“These are the most viewable wolves in the lower 48, if not the world,” said McGary. “The same packs that my clients pay me to see on every wildlife watching tour all year round ... What’s the justification for this damage?”

While the southwestern portion of the state will close to wolf hunting and trapping, Montana intends to run the rest of the season as scheduled. That means wolf season won’t close until March 15.