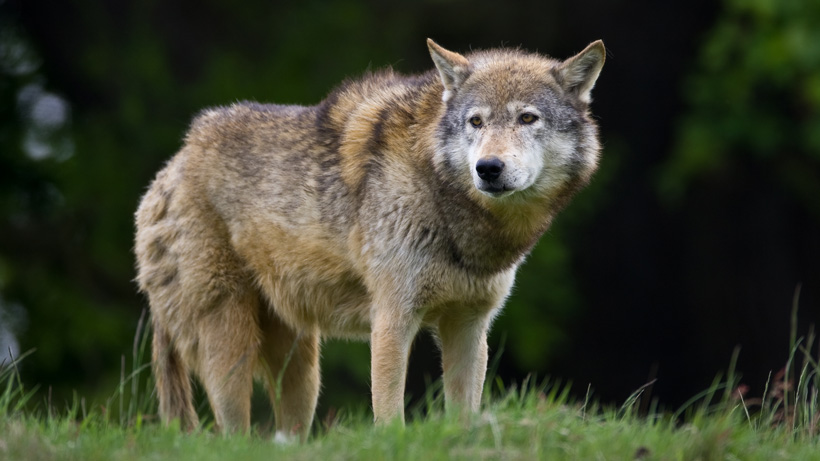 The quota is a direct request from park officials who noted that last year’s wolf hunt killed “a fifth of the park’s wolves.” And almost all of the 21 wolves killed within the two hunting units that border the park were what Doug Smith called “pack wolves.”

“They are wolves with residents in packs whose territories are 95% in Yellowstone Park. So the park boundary just clips their territory edges,” said Smith, who is YNP’s lead wolf biologist. “And so they'll come out. And they'll be harvested.”

However, not everyone was in agreement to wolf hunting and trapping in general and the commission heard from about 100 people during last week’s meeting.

“What none of our businesses want is the same sort of marketing debacle that arose last year when 21 wolves from Yellowstone were harvested due to a radical change in the quota, the results of which we are still seeing in terms of reduced in-park sightings,” said Virginia Miller, who spoke on behalf of the Wild Livelihoods Business Coalition in Park County.

“Our businesses are not anti-ranching or anti-hunting,” she continued. “Our issue is when this commission is ignoring the social requests of the vast majority of local citizens and citizens and businesses.”

Regardless of public sentiment, the hunting quotas are “consistent with legislative directions to reduce the statewide wolf population,” said Brian Wakeling with Montana Fish, Wildlife and Parks.

The statewide hunting and trapping quota is 450 wolves. Last season, only 273 wolves were hunted or trapped; the year before the harvest was 328 wolves. Montana’s current wolf population is estimated to be 1,144.

“In order to get any population to decline, you need a harvest somewhere in the neighborhood, the human mortality component of that has to approach 30%,” said Wakeling.