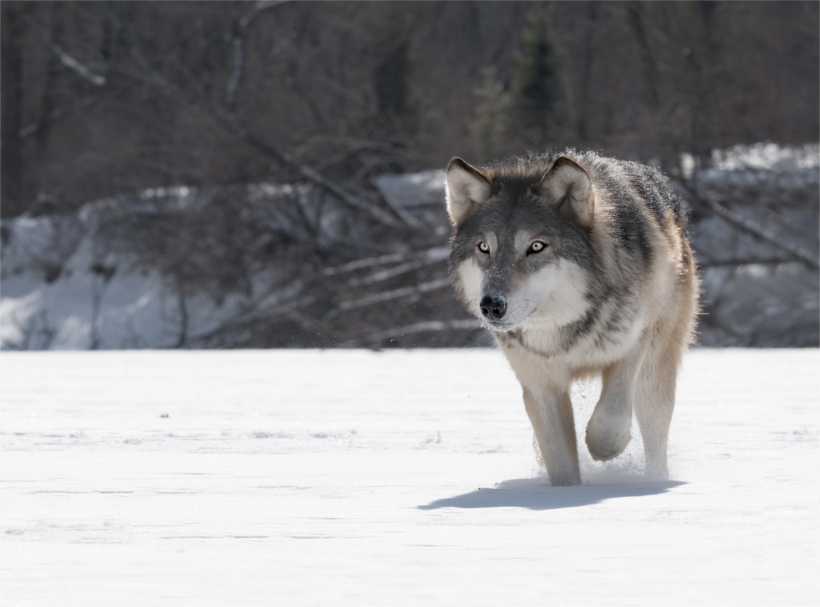 Wolf packs in Montana are healthy and stable with 536 wolves and 32 breeding pairs counted in 2015 during the state’s annual tally. While current numbers reflect a slight decrease by 18 wolves compared with the 2014 count (and a decrease of two breeding pairs), overall, it shows that the state’s careful management of this hearty predator is working.

May marks the end of the five year period where state officials had to meet federally-mandated minimums as part of the delisting agreement in 2011. According to the U.S. Fish and Wildlife Service delisting rule and Montana’s state plan, Montana “is required to maintain at least 150 wolves, including 15 breeding pairs.” The state’s requirement to meet these minimum levels has been beyond successful.

“It is important to remember that these are minimum counts, meaning that only wolves FWP could actually document as being on the landscape were included,” says John Vore, Montana Fish, Wildlife & Parks (MFWP) Game Management Bureau Chief. “As wolf numbers have increased there is just no way we can physically count them all. We know there are more wolves out there. According to our best estimates the actual number of wolves is at least 30 percent more than the minimum count.”

Montana’s push to delist wolves in 2011 enabled MFWP to manage them like other big game species within the state. This means that hunting and trapping wolves is permitted along with eliminating problem wolves during high levels of depredation. Unfortunately, the number of livestock killed by wolves increased in 2015, which means MFWP had to kill the problem wolves.

“Although this year marks the end of the 5-year post-delisting oversight by the U.S. Fish and Wildlife Service, wolf management will continue as it has, under the guidance of Montana’s Wolf Management Plan,” says Ken McDonald, FWP Wildlife Bureau Chief. “In future years, FWP may be adjusting how it monitors and reports on wolf numbers, but doesn’t anticipate any significant changes in how wolves are managed.”