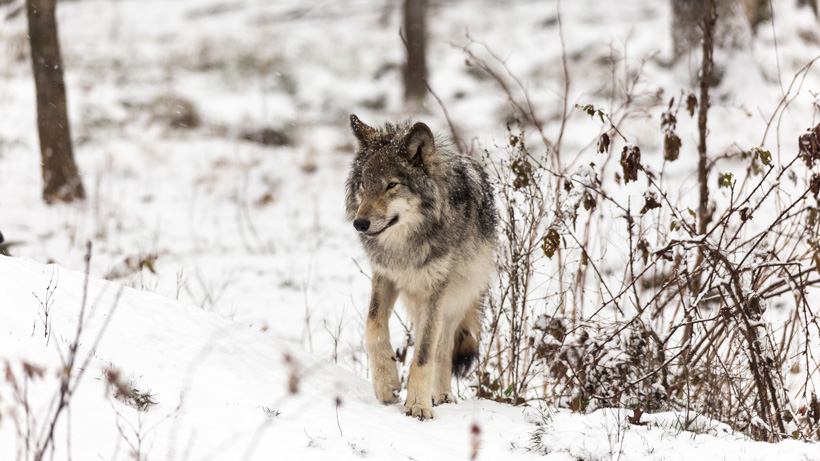 Wolves that roam Wyoming are once again the state’s problem. This week, the U.S. Circuit Court of Appeals officially lifted the endangered species protection for wolves in Wyoming, which puts wolf management back into state hands.

“All indications are that this decision shows once again that Wyoming’s plan is a sound management plan,” Brian Nesvik, chief of the Wyoming Game and Fish Department’s (WGFD) wildlife division, told The Casper Star Tribune. “They will remain in the hands of state management. For Wyoming this is, again, this is a time for us to celebrate. This is a good thing for Wyoming to be able to take on another wildlife resource.”

Between 2012 and 2014, Wyoming managed wolves across the state. In 2014, a federal judge returned the wolves to the endangered list after activist groups argued that the wolves were being improperly managed even though the U.S. Fish and Wildlife Service had determined that the wolves no longer needed protections in 2011.

According to The Casper Star Tribune, Wyoming wildlife officials will be in charge of the 100 wolves and 10 breeding pairs that roam outside of Yellowstone National Park and the Wind River Reservation; in 85% of the state, wolves are lumped into the same category as coyotes and it is legal to shoot them on sight because of their predator status. Additionally, wolves within the northwest corner of the state will be subject to fall hunting seasons, which have not yet been determined. Those seasons will not be set until the Wyoming Game and Fish Commission holds a public comment period, according to The Casper Star Tribune.

Turning wolf management back to Wyoming was an arduous task and included multiple lawsuits and court involvement from various levels. The U.S. Circuit Court of Appeal’s final order in favor of Wyoming has the state’s wolf managers hopeful that the issue is finally closed.

“I am delighted that the Circuit Court recognized Wyoming’s commitment to manage a recovered wolf population,” Gov. Matt Mead said in a WGFD news release. “Our wolf management plan is a result of years of hard work by people across Wyoming. We recognize the need to maintain a healthy wolf population.”