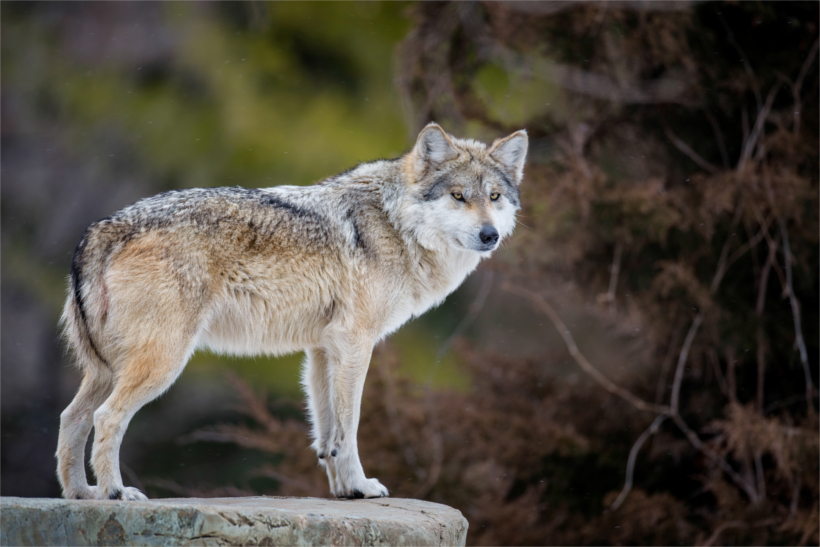 Clayton Thomas was found guilty of violating the Wildlife Act and ordered to pay $6,500 this week for killing two wolves in 2013 in the Mount Sima area of the Yukon in Canada. Thomas swore he killed the predators to protect family and neighbors; Judge Donald Luther decided otherwise and sentenced Thomas to the heavy fines along with a two-year Yukon hunting ban.

Thomas believes that he acted in premeditated self defense, killing the wolves before they had a chance to prey on his family. “To have a wolf in my neighborhood where my wife and her friends and my kids walk, I can’t take that chance,” says Thomas. 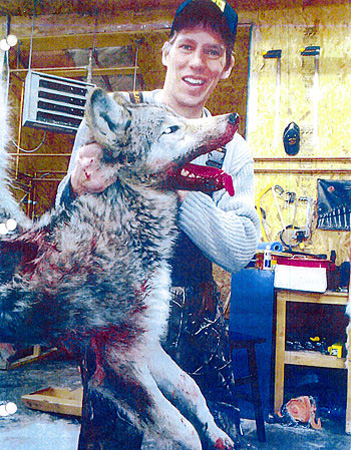 Clay Thomas with one of the wolves he shot. Photo source: Yukon Territorial Court

Thomas’s representative, a First Nation member named Kusta, says that Tahltan men often “travel and hunt outside the Tahltan territory in northwestern British Columbia as a rite of passage,” according to the Yukon News. This would make it legal under tribal law for Thomas to have killed the wolves near Whitehorse, where the shootings occurred.

Yet, Judge Luther didn’t agree with the rationale behind the killings, and has previously addressed the idea of allowing hunting outside of jurisdictions predetermined by tribal and federal governments last year. He ruled that hunting rights that changed based upon rites of passage invited “chaos in the overall scheme of aboriginal rights.”
Thomas was convicted of hunting wolves without permission along with inappropriate use of a firearm. Additionally, Thomas was found guilty of trafficking wildlife. According to the Yukon News, the original plan called for the wolves to be “caught on a Yukon trapline so they could be sealed.”

While Thomas has to pay a hefty fine, it is significantly less than the $9,000 to $10,000 fines that the court initially requested. His hunting ban will not interfere with his right to hunt for subsistence.