Wisconsin wolves: numbers are on the rise 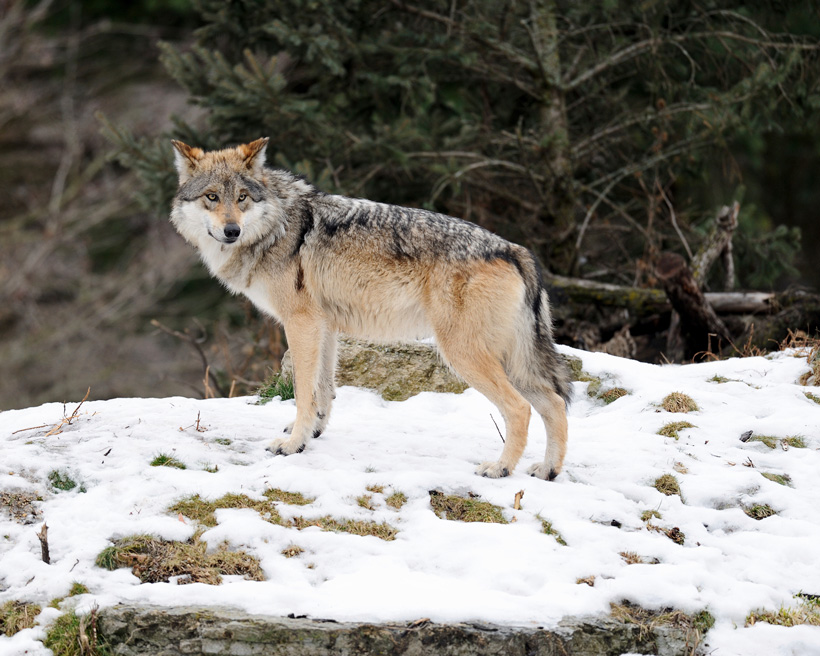 Will wolf hunting return for Wisconsin? According to current wolf tallies, populations are on the rise again, leaving Wisconsin residents wondering if last December’s ruling to place wolves on the endangered species list may be revisited.

In 2012, the number of wolves within Wisconsin hit an all-time high of 815, but declined to 660 last year, according to the RockfordAdvocate.com. Yet, according to the 2014-2015 survey conducted by the Wisconsin Department of Natural Resources (WDNR), wolves are back – with numbers hitting between 746 to 771 wolves.

While these are preliminary numbers, the 13% increase is in line with WDNR projections made prior to the season, says WDNR large carnivore specialist David MacFarland. He says, “With a population this size, there’s going to be a lot of variability … it’s just the nature of it. This is within the projections we made. Admittedly, it’s at the upper end, but it is within our projections.” He adds that without a hunting season, residents should anticipate a 10 to 15% increase in wolf numbers once the 2015-2016 survey is completed.

While a court ruling in December placed timber wolves back onto the endangered species list, which eliminated lethal control methods and hindered state management of the predators, the U.S. fish and Wildlife Service is currently appealing the ruling. By halting legal controls to protect livestock from wolves, the ruling prohibits farmers from killing wolves in the act of attacking livestock. It could take months before the appeal is even heard, let alone reversed.

While the majority of wolf-livestock interactions are down, some parts of the state are impacted by established packs that prey on both livestock as well as domestic pets. In fact, the increase in hunting dog predation has more than doubled with seven dogs in 2012, 23 dogs in 2013, and 21 dogs in 2014, according to RockfordAdvocate.com.

“Certainly, those numbers are a lot higher than we’d like to see,” says Brad Koele, wildlife damage specialist for WDNR. Prior to the December ruling, 35 wolves were euthanized by wildlife services, landowners with permits or in the act of attacking livestock in 2014. It will be interesting to see whether the December ruling is reversed based upon the healthy recovery of the timber wolf in Wisconsin as well as the increase in predation attacks.