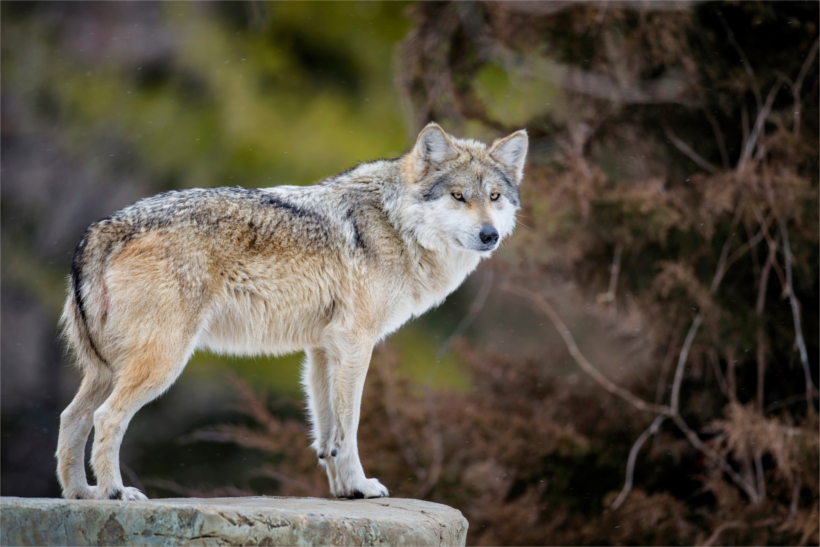 Wisconsin wolf numbers continue to rise, causing some to wonder how high the numbers need to be before federal protections will be lifted and hunting and trapping of the hearty predators restored.  Overall wolf populations have increased nearly 30% in just two years and experts believe that numbers will prove to be even higher once spring pups are taken into account.

With the boost in pack numbers – approximately 222 packs and 30 lone wolves across the state – Wisconsin Department of Natural Resources large carnivore specialist David MacFarland notes that wolves are also expanding their range and moving into new areas.

“We’re seeing both more packs (in traditional wolf areas) and more wolves moving into new areas,” says MacFarland. While he believes that the ban on hunting and trapping definitely play a role in the high numbers, he also says that nature will eventually figure out a balance, adding, “At some point there will be a limiting factor, whether it’s habitat or prey or tolerance by people or something else... But we haven’t seen that yet. I’m not sure how high that would be.”

As goHUNT previously reported, in 2014, a federal judge sided with animal activists and ruled that the wolves be protected under the Endangered Species Act.  The judgment overruled U.S. Fish and Wildlife Service’s 2012 decision to drop federal protections and allow states within the Great Lakes region to manage wolves. While the 2014 decision has been challenged, progress to remove federal protections and reinstate hunting and trapping has slowed to a crawl, according to the Duluth News Tribune.

Yet the increase in livestock, pet and hunting hound depredation isn’t as high as you may think. MacFarland says that it has increased, “but they aren’t up to the levels they were before we had state management.” Farmers are currently working with state and federal wildlife officials on ways to prevent wolf encounters.

Do you think wolf hunting and trapping should be restored?