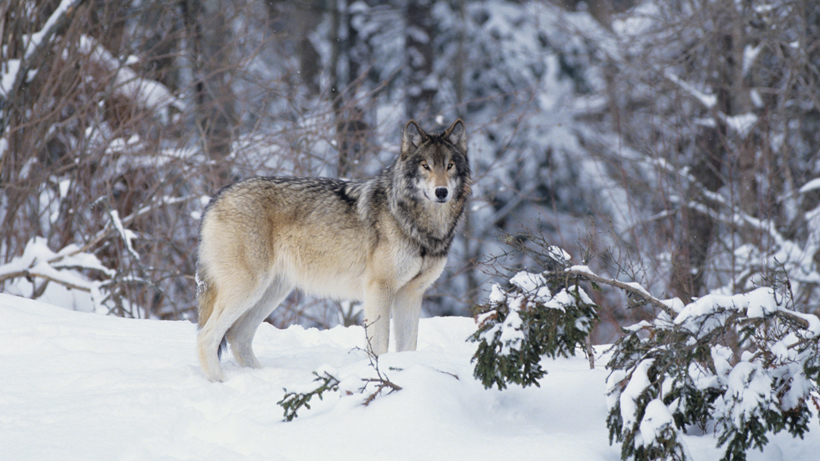 With federal protections lifted since early January, Wisconsin is moving forward with a wolf hunt earlier than anticipated. This week, the Wisconsin Department of Natural Resources (WDNR) will present a 200-wolf harvest quota to the state’s Natural Resources Board (NRB) in response to a judge’s order that WDNR and NRB “implement a wolf hunting and trapping season in February,” the Milwaukee Journal Sentinel reports.

The ruling is a result of a lawsuit filed by the Wisconsin Institute for Law & Liberty on behalf of Hunter Nation Inc., which is a Kansas-based hunting advocacy group run by Luke Hilgemann, who is a Wisconsin resident. Current state law requires WDNR to hold a wolf season from early November to the end of February “if the wolf is not on the endangered or threatened species list,” according to the Milwaukee Journal Sentinel. Prior to the ruling, WDNR had planned to wait until November 2021 to hold a wolf season.

However, last week’s ruling means that a season must occur this month – even if that means it will be held for just a few days. Further, WDNR says that because of the quick turnaround, limited feedback can be provided by public and tribal input as well as the state’s Wolf Advisory Committee.

Essentially, the state is required to hold a wolf season immediately, allowing hunters and trappers the chance to fill a wolf tag in seven days.

WDNR will recommend 2,000 wolf permits. The permit application period will begin Tuesday at 12:01 a.m. and close at midnight on Saturday. Lucky applicants will know the draw results by Feb. 22 and can be in the woods, hunting, “as soon as they purchased their license and printed their carcass tag,” according to the Milwaukee Journal Sentinel.