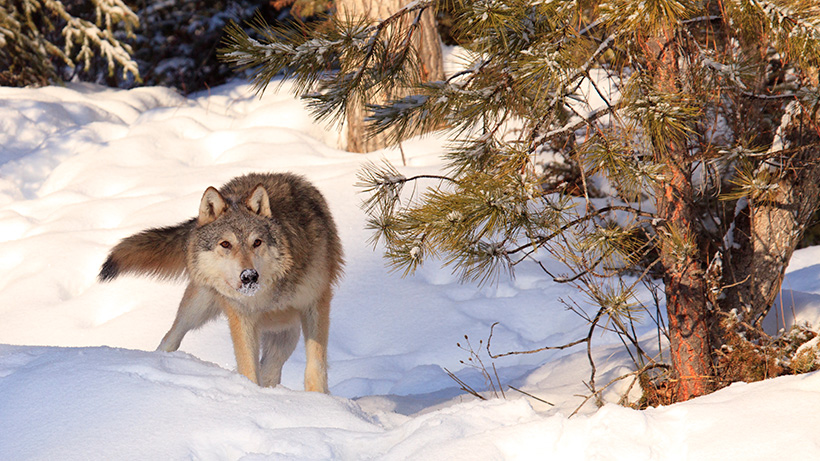 For the first time in over two decades, Wisconsin has a new wolf management plan. And this one is a bit different than the one before. Rather than use statewide wolf population goals as management objectives, the new plan calls for local management of the animals within each of the six wolf hunting zones, according to Wisconsin Public Radio (WPR).

The state hasn’t had a new wolf management plan since 1999 – and the last revision occurred in 2007. While the Wisconsin Department of Natural Resources (WDNR) initially began drafting a new plan back in 2013, that was put on hold after federal protections were restored to wolves in 2014.

WDNR data gathered in September found that the state’s wolf population has grown to nearly 1,000 animals, which far exceeds the original population goal of 350 wolves when the last plan was approved, reports WPR. This is compared to Minnesota’s recent draft plan, which outlines maintaining a population of between 2,200 and 3,000 wolves.

“Sportsmen and sportswomen are not going to appreciate once they figure out what this management plan actually does. It actually doesn't manage the species…. I think they probably slid that out there and didn't want to make highlight of it, especially right before an election where the governor was trying to get reelected,” said Sen. Rob Stafsholt (R-New Richmond).

Yet, WDNR denies the delay was due to the election.

“The 2022 public attitudes survey was completed in September, after which we incorporated those results into the draft plan,” said WDNR. “We continued to work on the draft plan all throughout October and right up until the release date, addressing feedback given from internal reviews and briefings.”

Specifically, per WPR, the new plan addresses the following:

It also requires wolf kills to be registered within eight hours after harvest rather than the previous 24 hours and WDNR will issue zone-specific tags. Harvest quotas will be set after incorporating data and trends from each wolf management zone.

WDNR is accepting public comments on the draft plan until Jan. 10, 2023.