Wisconsin man finds record buck as deadhead of a lifetime 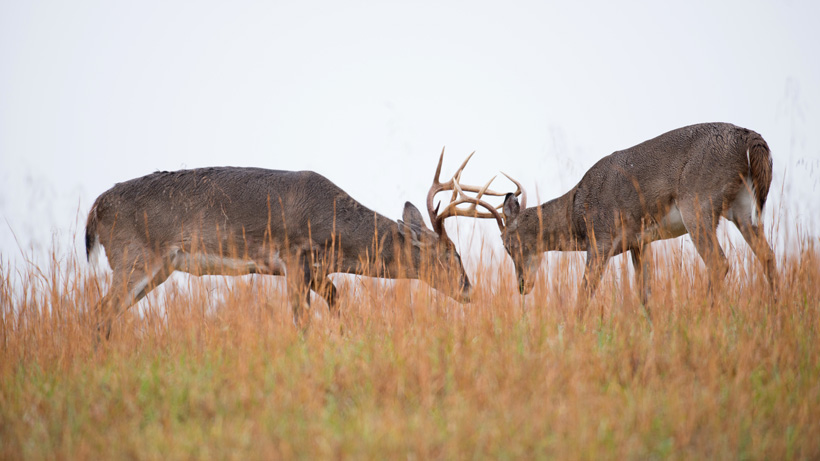 Everyone dreams of stumbling upon that "shed" of a lifetime – and Wisconsin hunter Nate Olsen did just that earlier this month. Bonus: it might just be a new state record. While shed hunting with a friend on Feb. 1, Olsen found the skull of the 23-point deer -- antlers intact -- “tangled with another buck,” Fox News reports.

“I’ve shed hunted a lot. I’ve hunted a lot. I have many, many miles on my boots looking for sheds. And to come across this, it’s a diamond in the rough,” Olsen told NBC15 News, who met his friend, Mike Hackett, while searching for antlers in Wisconsin forests and fields.

“The record for the biggest deer in Wisconsin ever to be found or killed is 253 inches. And he is flirting with breaking the record,” Olsen continued. “It's been 47 years. Let's see if he can do it.”

Once Olsen found the shed, he called the Wisconsin Department of Natural Resources. Hackett had kept tabs on that monster buck for the past three years via trail camera, according to Fox News.

“It’s not that uncommon to find them tangled, but to find a deer of this caliber, is very, very uncommon,” said Hackett. “I've shot several that make the book, but this one here's kind of way bigger than anything I've ever experienced.” 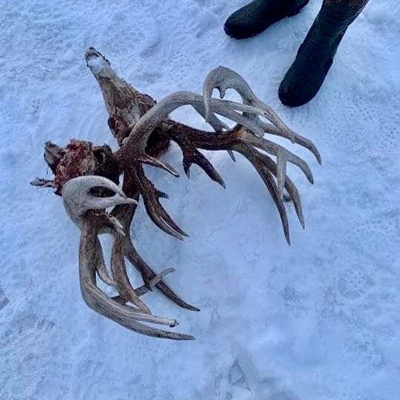 Olsen plans to have the buck officially measured by the Wisconsin Buck and Bear Club or the Boone and Crockett Club to see if it will break the current record at the Deer and Turkey Expo held during the first weekend in April.

Congratulations, Nate Olsen, on such an amazing find!