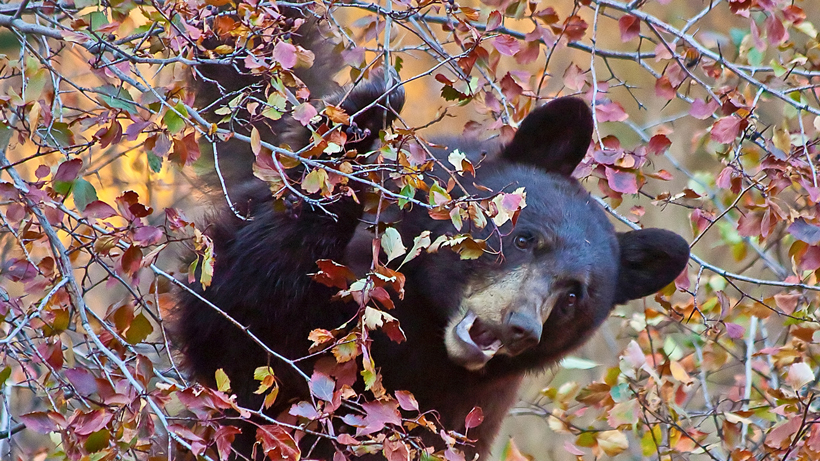 When you’re hunting from a treestand, the last thing you expect is for a bear to climb up to attack you. Unfortunately, that’s what happened to Wisconsin bowhunter Dalton Roach. The 300-lb black bear, curious as to what Roach was doing up in the tree, climbed up and bit him in the back, KARE reports.

“It’s definitely not totally uncommon for a bear to go into a tree with a hunter,” said Roach. “But the fact that he actually started gnawing on me and stuff, like that was a little abnormal.”

He initially spotted the bear from his treestand and started recording it; however, “[b]y the time he was under my tree and then up behind me, [it] was 15 total seconds,” said Roach.

Fortunately, he realized the situation he was in and didn’t panic despite the fresh puncture wounds and proximity to the bear.

“I kind of pulled myself out and then stood around, and turned kinda in one motion to then face the bear and then just started yelling and hollering, 'I get it you're here, but I need you to leave,” said Roach.

It took another thirty minutes or so for the bear to leave the area before Roach could climb down and start the quarter-mile trek back to his truck, according to ABC News. He spent that short walk on the phone with a friend.

“I was honestly kinda laughing about it because it’s one of those situations that, obviously, doesn’t happen every day,” said Roach.

While definitely a memorable experience, after a stop in the ER and a rabies vaccine, Roach likely won’t even have a scar from his encounter.

“I think it makes it a little less believable because I think people are under the impression if a bear bites you, you’re missing something,” said Roach. “So it’s, along with it being a cool story, it can be an educational tool too.”