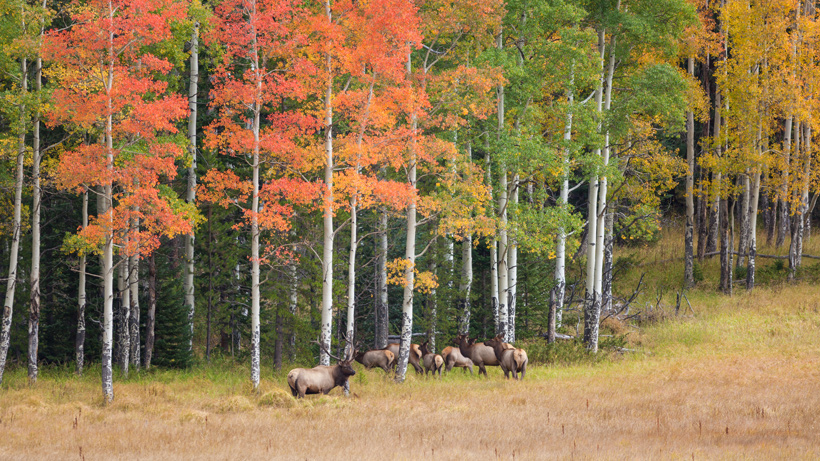 Ten lucky Wisconsin residents will have the chance of a lifetime to hunt elk within the state. This week, the Wisconsin Department of Natural Resources (WDNR) announced it will hold a bull elk hunt in northern Wisconsin. This inaugural hunt is the “first regulated hunt for the species in state history,” the Milwaukee Journal Sentinel reports.

Only ten tags will be available for this monumental hunt – a result of successful reintroduction efforts that have spanned the last 23 years. In 1995, Wisconsin officials relocated 25 Michigan elk in an effort to reintroduce the animals to their native range.

“(The hunt is) an indication the herd is doing well,” Kevin Wallenfang, WDNR deer, and elk ecologist, told the Milwaukee Journal Sentinel. “It can safely absorb the harvest of 10 bulls, you bet.”

The hunt is limited to residents and the ten tags will be allocated as follows: five to Chippewa tribes in Wisconsin, four drawn via lottery, and one will be raffled off by the Rocky Mountain Elk Foundation, according to the Milwaukee Journal Sentinel. It will be held in the Clam Lake area, where the 1995 relocation took place. The population is currently estimated at 183 to 190 animals, which includes 54 to 58 breeding age cows, leading WDNR to forecast that the herd will number about 225 animals after the spring calving season.

“We look forward to the opportunity for Chippewa members and state hunters to have a harvest season,” said Chris McGeshick, chairman of the Sokaogon Chippewa, in a statement. “We continue to support this effort and look forward to seeing the herd grow, and sustaining future harvest opportunities for our state.”