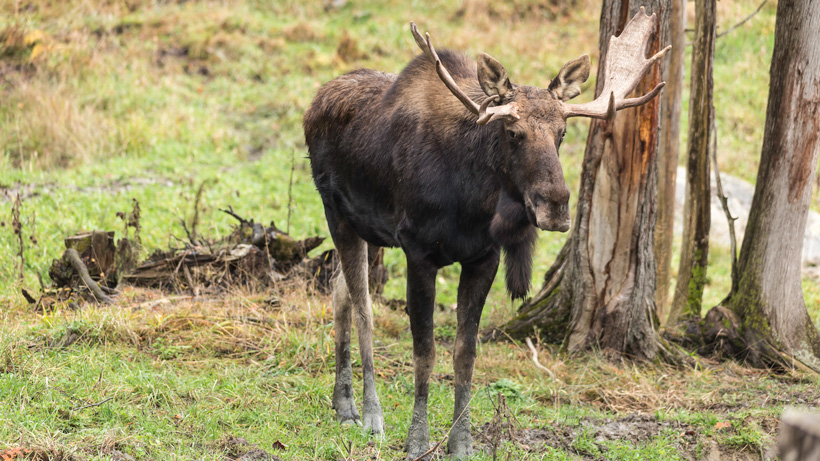 In Maine, the moose population is on the decline and winter ticks are to blame. This week, the Maine Department of Inland Fisheries and Wildlife (MDIFW) reported that 60 of the 70 moose calves collared in remote areas of Piscataquis and Somerset counties last winter have died as of early May, making it “a record high mortality rate” since these tracking surveys first began, according to WBUR Maine Public Radio.

“You look at one data sheet after another of what we found in the woods on these moose and it’s the same profile every time: it is winter tick,” said Lee Kantar, MDIFW’s lead moose biologist.

Ticks are a widespread problem across the U.S., but in Maine, New Hampshire, Minnesota and southern Canada, they’re out of control. In fact, according to WBUR, biologists and hunters have discovered moose infested with anywhere from 40,000 to 90,000 ticks. And while adult moose can usually survive, calves can’t. Further, winter ticks differ from deer or dog ticks in that their larvae “gather in interlocking clumps on vegetation,” meaning that once one tick hitches a ride, hundreds or even thousands come along with it. Snow usually keeps tick numbers in check; however, snow has been later and later, meaning longer falls and shorter winters that allow winter ticks to survive.

“The winters have shortened and the falls are longer, which means longer time for those ticks to quest and actively seek their host, which means (moose) have accumulated much more on them,” said Alexej Siren, a postdoctoral researcher at the University of Vermont.

Research has also found that while cow moose can technically survive tick infestations, ticks are impacting their pregnancies and fewer moose are carrying calves full-term.

In Vermont, the state has increased the number of moose permits in an effort to decrease tick populations. Maine is trying something similar by dividing a 2,000-square-mile wildlife management district that spans the Quebec border to Baxter State Park’s western boundary. On one half, the state will allow moose hunting. This way they can study whether “reducing adult moose densities in the same area where the calves were collared can improve the overall health of the population by lowering winter tick numbers,” according to WBUR.