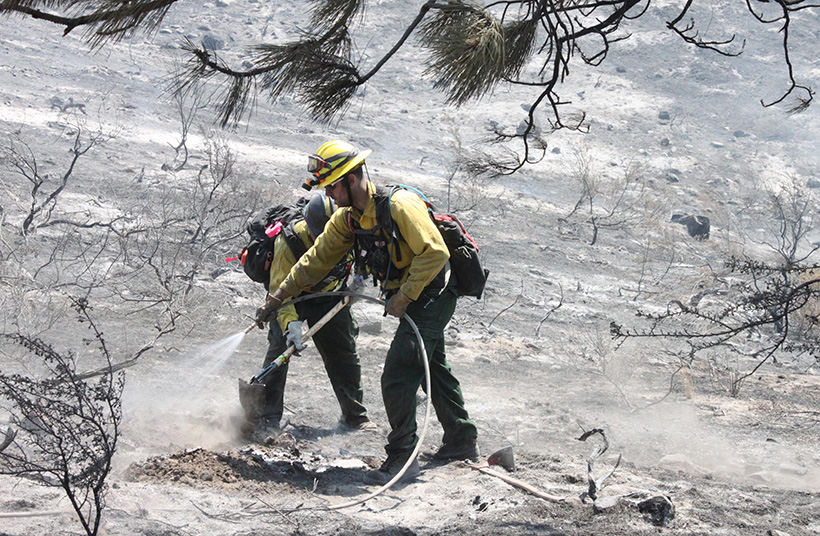 The Carlton Complex Fire that destroyed 256,108 acres in Washington this summer is now 100% contained, but wildlife biologists are now discussing the problem of supporting mule deer on charred land through the upcoming winter.

The area (Methow Valley) was home to about half of the Okanogan County population of 25,000 mule deer, and the winter range for about a third of those “may have been affected by the fire,” according to Scott Fitkin from Washington Department of Fish and Wildlife (WDFW).

There will simply to be too many deer for the damaged area to support this winter, and possibly for several years to come, he told the Methow Valley News. Deer rely on shrubs such as bitterbrush that could take years to grow back in the burned areas, he said.

It could be as little as five years, but in some places could be 2-3X that time, he warned.

Three weeks ago, when goHUNT first reported on the incident, WDFW had not yet stated its course of action. The agency is now saying that it will increase the number of antlerless deer permits issued this fall and winter.

It will likely grant permits to applicants who did not make the draw, which could result in removing an additional 750 adult does from the herd, thus reducing competition for the winter range and also slowing population growth.

Other steps WDFW is taking include:

The reseeding is particularly interesting for long-term effects, as some believe the decline in mule deer numbers in the area is partly due to decreasing quality of their winter range. The post-fire recovery could result in more plants that grow vigorously and produce more nutrients than the older plants that burned in the fire, thus boosting the area’s potential to sustain more mule deer.

This year has seen multiple wildfires in key hunting areas across the West; we will be releasing an in-depth look at what that means for your hunting season in the coming weeks.