Will there be an elk hunting season in Missouri? 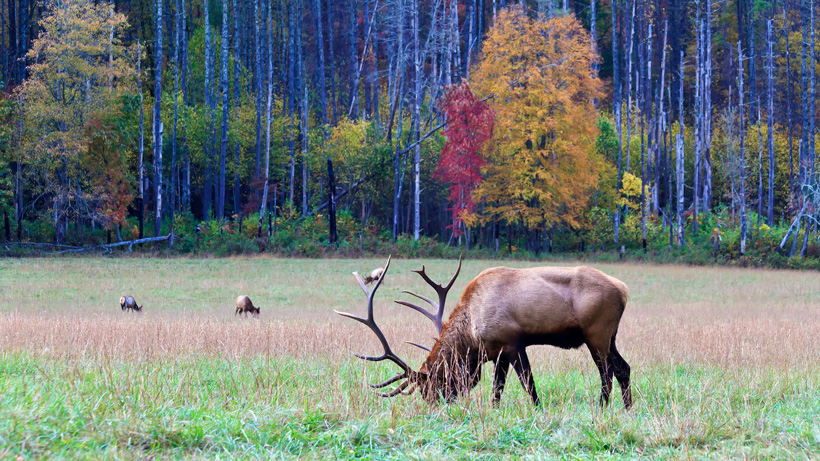 Thanks to a thriving elk herd, Missouri may get its first elk hunting season. The Missouri Conservation Commission is currently awaiting a detailed report from the Missouri Department of Conservation (MDC) elk experts and plans to discuss adding the new season as a way to manage the animals. Elk numbers are steady and growing after 108 wild elk from Kentucky were relocated to the Peck Ranch Conservation Area in 2011, the Springfield News-Leader reports.

Elk once roamed Missouri, but overhunting and habitat destruction decimated the native species in the 1900s; however, thanks to the reintroduction, the current population is approximately 175 elk strong with 130 adults and roughly 40 calves, according to the Springfield News-Leader.

“We are in our third year of data collection, and we'll use that data to determine hunting dates in the future,” David Hasenbeck, MDC’s elk program coordinator, told the Springfield News-Leader. “If the herd continues to reproduce in satisfactory fashion then we can start looking at our first hunting season within the next couple of years.”

This is exciting news for Missouri hunters. Yet, an elk hunting season is still hypothetical at the moment. With more than 340 square miles to roam, Hasenbeck anticipates the elk herd to reach 400 to 500 animals within the next 20 years; once the population hits 200, then limited hunting could happen.

“It’s not like if we hit 201 animals there will be a season,” says Hasenbeck. “But that’s the point where we'll start considering a limited season, most likely a managed hunt.”

The decision hinges on what the Missouri Conservation Commission decides based upon elk managers’ reports and recommendation. Regardless, the positive recovery of elk within the state is exciting and shows how successful relocation and reintroduction efforts can be.

Stay tuned to goHUNT for further details as they are released.