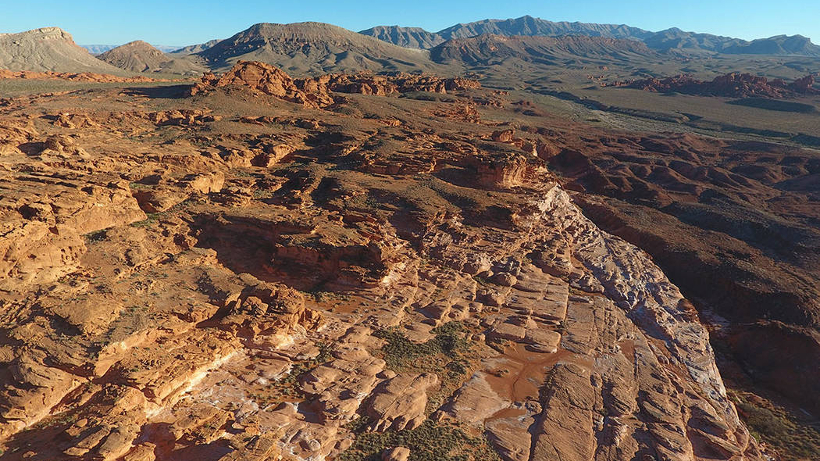 The designation of many national monuments hang in limbo as the U.S. awaits Interior Secretary Ryan Zinke’s review of certain national monuments created since Jan. 1, 1996 per President Trump’s recent executive order. One of the monuments under review is Nevada’s Gold Butte, which spans roughly 470 miles northeast of Las Vegas. Comments are currently divided between those in favor of keeping the designation and those who believe the area should be removed.

“Those lands are part of Nevada’s heritage,” Rob Mrowka, a senior scientist with the Center for Biological Diversity, told The Las Vegas Review-Journal. “Now is not the time to reverse the process and throw open the doors to more development and abuse.”

Mrowka has pushed to protect the area for the threatened Mojave desert tortoise and rare local species of buckwheat and bear poppy for years, gathering support from elected officials, Indian tribes and other groups, according to The Las Vegas Review-Journal.  Gold Butte is also home to a variety of Native American artifacts, sandstone formations and Joshua tree forests – all unique attributes that illustrate the importance of preserving the area as a national monument.

Gold Butte is a popular destination and plenty of hikers, campers, hunters, researchers and recreational aficionados enjoy the area that was once a tent town in the early 1900s where miners and ranchers lived.  The current designation “allows hiking, hunting, fishing and current oil and mining, but it bans new activity” and, according to The Las Vegas Review-Journal, livestock grazing has been banned since 1998 to protect tortoise habitat.

Those who wish to remove the designation say that ranchers and miners are the ones hurt most. One commenter said “he lives in the nearby town of Bunkerville complained that ranchers were ‘kicked off their permits or thrown in jail’ and miners had lost their claims” and adds that “monument designation only makes matters worse,” The Las Vegas Review-Journal reports.